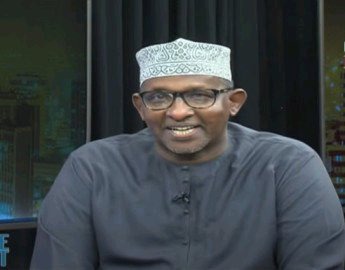 Duale chastised Maina Njenga during a Tuesday night interview with NTV, stating that his United Democratic Alliance (UDA) Party would not want any relationship with someone like Njenga who incites violence.

Duale added that "Maina Njenga and his militia Mungiki have no place in the legislative or in politics, and I'm interested in seeing how the security authorities deal with him in light of his behavior today."

The legislator went on to proclaim Njenga's conduct during Deputy President William Ruto's UDA tour of Laikipia County unconstitutional and a security risk.

Today is a particularly difficult day because the Interior Ministry must deal with Mungiki. Duale said this while pleading with security forces to take action against Maina Njenga.

Citing instances in which Njenga was denied candidacy by major political parties due to security concerns, the lawmaker declared Njenga unfit for political leadership.

I recall President Kenyatta denying Maina Njenga a ticket to run on KANU in 2002, denying him a TNA ticket in 2013, and even telling us URP would not issue him a ticket. Duale alleged that "in 2017, he refused him a Jubilee ticket."

While mounting an oblique attack on their rival ODM Party, the DP Ruto ally stated that Njenga should instead seek an ODM Party ticket because "that is where he belongs."

He likened his acts of violence unfavorably to those his party, the UDA, encountered last month during Kisumu visits during which they accused the ODM of wrongdoing.

"I observed Maina Njenga sipping lucozade when there was an issue in Kisumu; the heat was too much for him, but I am certain of the revival of the people of Mt. Kenya playing politics," he remarked.

However, Maina Njenga is joining ODM, and ODM has a particular DNA of violence," Duale continued, "I believe he is in the proper place; he may travel to Kasarani on Friday and join ODM, but not UDA, which we cannot allow."

DP Ruto argued with Maina Njenga during a Hustler campaign rally in Laikipia after the latter produced a scene during which hecklers shouted at the DP as he addressed villagers.

The DP lashed out at Njenga, claiming that if he intended to address the congregation, he should lead his own rally, but not in his own rally.

Simultaneously, DP Ruto alluded to working with Maina Njenga after locals of Laikipia pleaded with the DP to allow Njenga a chance to address them.