Revealed: What Kalonzo, Moi Told Wetangula as They Quickly Fled From Bomas Before Ruto's Arrival 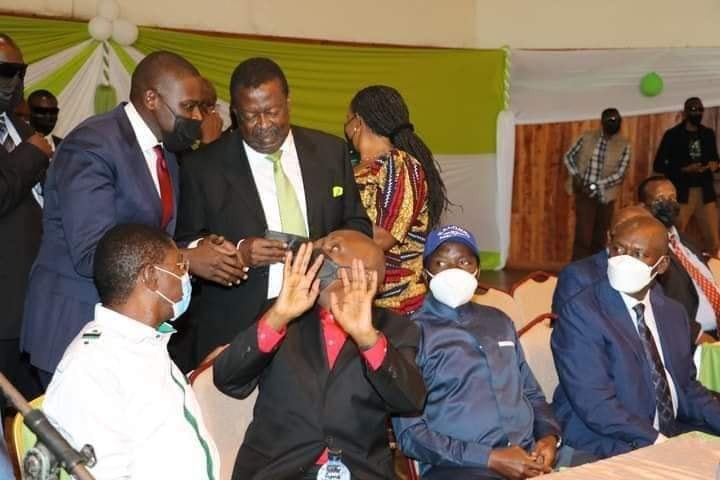 But even as the country continues wondering what could have caused their quick departure, a video has emerged of the two leaving the venue in a hurry.

In the video, Kalonzo, Gideon and Wanjigi were captured leaving the premises in a hurry even as Moses Wetangula who was making his way in, tried intervening to no avail.

As heard from the clip, Gideon Moi, who was leading the pack, asked for Wetangula to pave the way even as Kalonzo had a small chart with the Ford Kenya boss. Wetangula tried informing the uneasy Kalonzo that Musalia was on his way in, but Kalonzo could hear none of his explanations.

"Pave way (said Gideon Moi) No Musalia is on the way, he is right behind us coming (Said Wetangula) no we don't want that (said Gideon as he leaves faster) Moses come, you see, somebody seating behind us told us they were coming here together, we are sorry but we have to leave( said Kalonzo as Wetangula tries to stop him from leaving)" 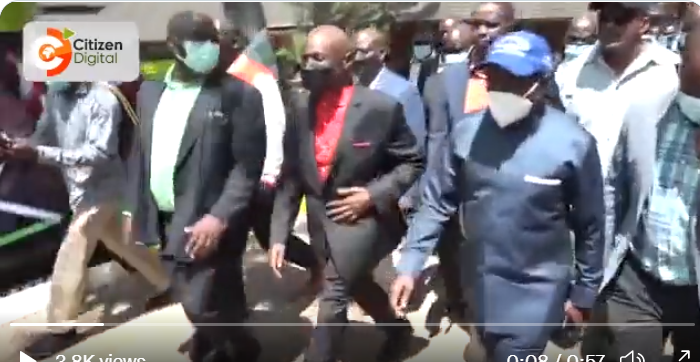 And immediately after they left through the backdoor, Ruto in the company of Musalia made their way into the venue amid huge reception from UDA and ANC leaders present. It was Moses Wetangula and Tujibebe Party Leader and former Kiambu Governor William Kabogo that only remained behind and attend the meeting.'

Even when recognizing guests, Musalia skipped his three allies as he recognized those present and thanked them immensely.

Here is the video link