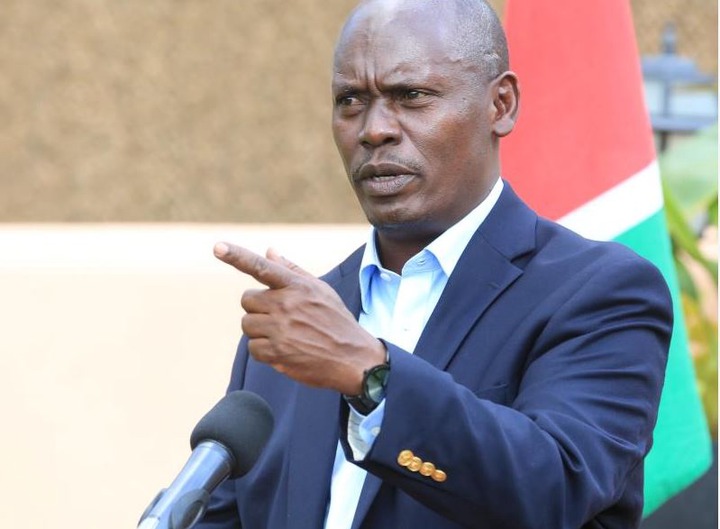 The former Kiambu Governor William Kabogo has stated that President Uhuru Kenyatta is careful of his remarks as far as his succession is concerned.

Despite the president seemingly grooming the former Prime Minister Raila Odinga, he is yet to declare his preferred candidate, although in a past interview with senior editors, Uhuru stated that he will not tell Kenyans who they should vote for but will keep on advising them to look for a leader who has their interests at heart.

Kabogo said that Uhuru can only persuade, but will not install a leader to Kenyans as it is very easy that the candidate will not be elected as it happened to him in 2002, since he will be termed a government's project.

The Tujibebe Wakenya party leader added that the president has only one vote, and thus his decision will not amount to whoever Kenyans want to vote for.

"The President can only say what he thinks and believes will be a good leader after him, but can only try and persuade because he only has only one vote. With what Moi said and what happened back in 2002, I am sure that the president is wise and cannot make such a mistake," said Kabogo. 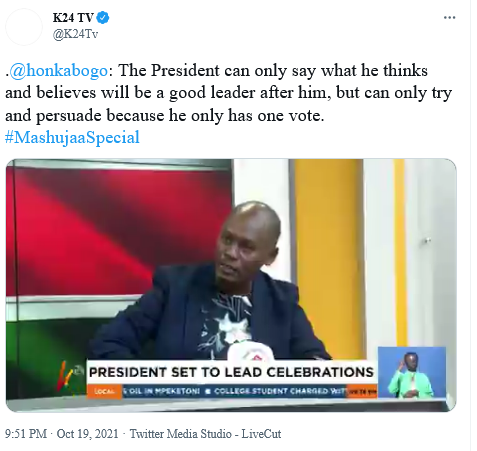