By Mathee | self meida writer
Published 22 days ago - 0 views 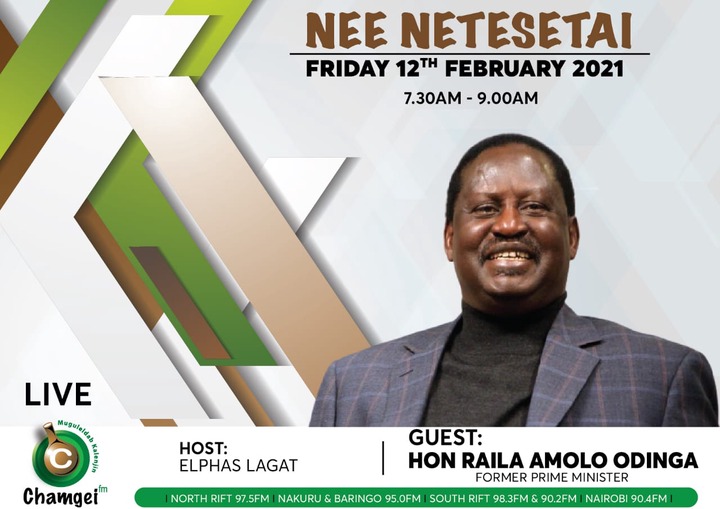 Raila Odinga postpones his live interview with one of the Kalenjin vernacular stations following the rejection of BBI Constitutional Amendment Bill by Baringo County Assembly. The former Premier was scheduled to speak to the Kalenjin Nation on Friday morning. 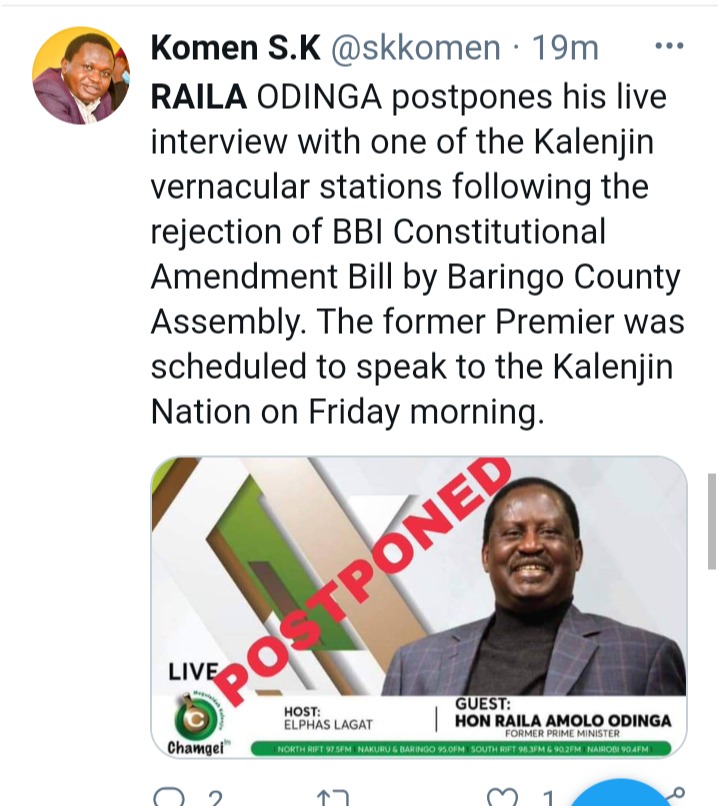 This comes immediately afterc a commotion was witnessed on Thursday at the Baringo County assembly after assembly shot down the BBI constitutional amendment Bill. 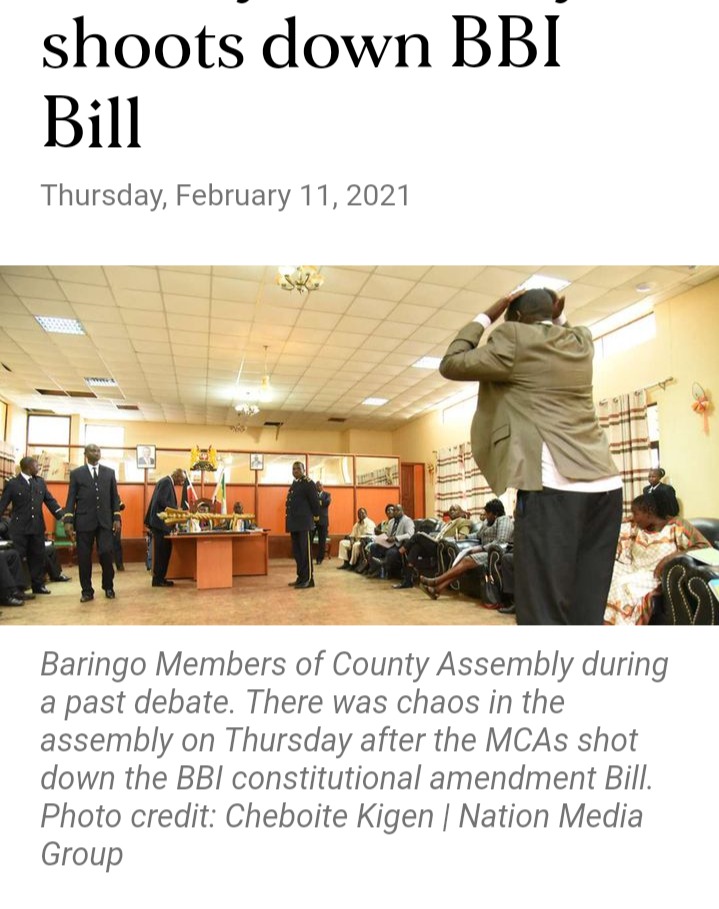 Baringo coonty has reportedly become the first county government to vote overwhelmingly against building Bridges initiative,despite hailing from Gideon Moi turf it has been said that they voted against BBI.But reports from Baringo county claim that immediately after voting against it,

"What happened in Baringo earlier today tells you Rift and Mt. Kenya are a threatening force. If Ruto gain 90% of both, he will win the presidency. Thus, Uhuru and Raila will divide those two regions through Rift where the two tribes are entwined to ensure Ruto does not get whole"@jipchir 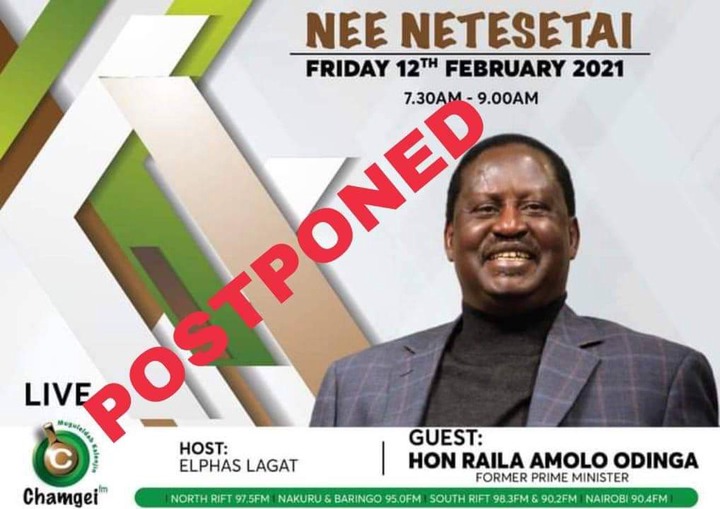 Baringo Gideon Moi Kalenjin Raila Raila Odinga
Opera News is a free to use platform and the views and opinions expressed herein are solely those of the author and do not represent, reflect or express the views of Opera News. Any/all written content and images displayed are provided by the blogger/author, appear herein as submitted by the blogger/author and are unedited by Opera News. Opera News does not consent to nor does it condone the posting of any content that violates the rights (including the copyrights) of any third party, nor content that may malign, inter alia, any religion, ethnic group, organization, gender, company, or individual. Opera News furthermore does not condone the use of our platform for the purposes encouraging/endorsing hate speech, violation of human rights and/or utterances of a defamatory nature. If the content contained herein violates any of your rights, including those of copyright, and/or violates any the above mentioned factors, you are requested to immediately notify us using via the following email address operanews-external(at)opera.com and/or report the article using the available reporting functionality built into our Platform