Orange Democratic Movement (ODM) party leader Hon Raila Odinga who is seeking to be elected as the fifth president of Kenya under Azimio la Umoja One Kenya coalition party has announced that he will be attending presidential debate set to be held earlier next month. 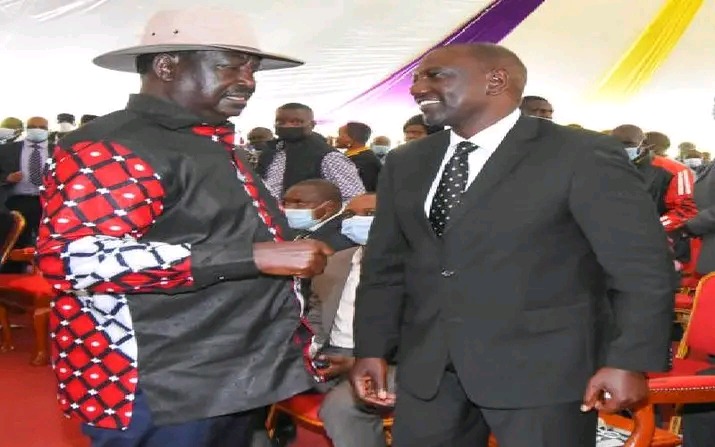 Speaking during an interview, former prime minister Raila revealed that has has agreed to attend this debate saying he has participated in the same debate earlier, even when his competitors refused to show up.

He revealed that he's always ready for such debates and this time it will depend on their availability and the preparation. Deputy president William Ruto has already threatened not to attend saying some of the media houses are biased, especially to his team.

"I've agreed to attend the presidential debate. I have participated before and the other time I participated alone as my competitors refused to show up" said Hon Raila Odinga. "So, this Tim it will depend on the availability and the preparation. I'm making a commitment to attend the debate. I'm always ready" he added. 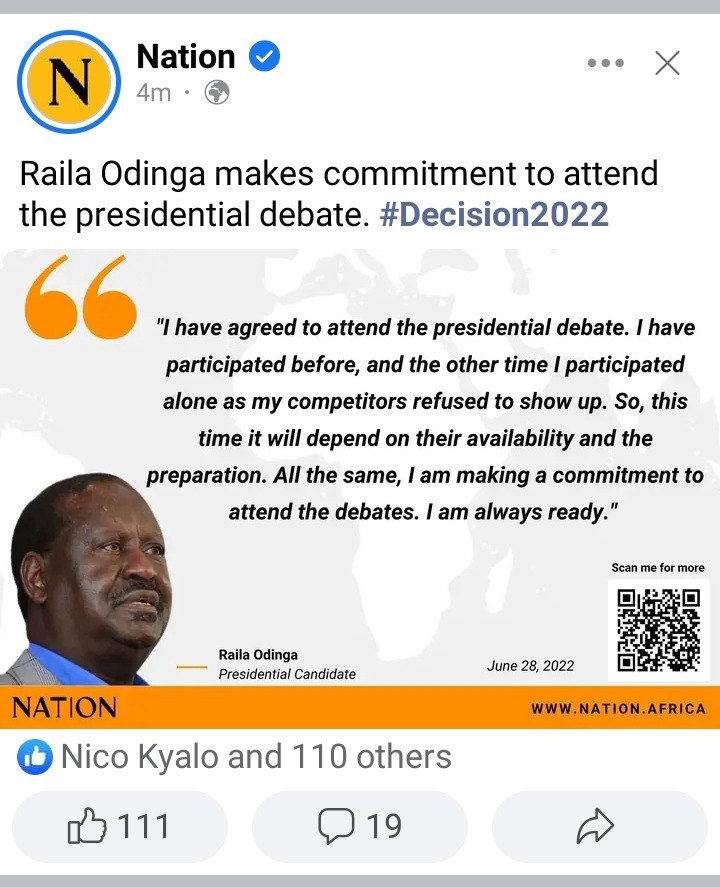 What's your view on this? Leave your comment and share this article widely. Also, remember to follow us in order to receive more updates concerning the ongoing campaigns and the oncoming general election.