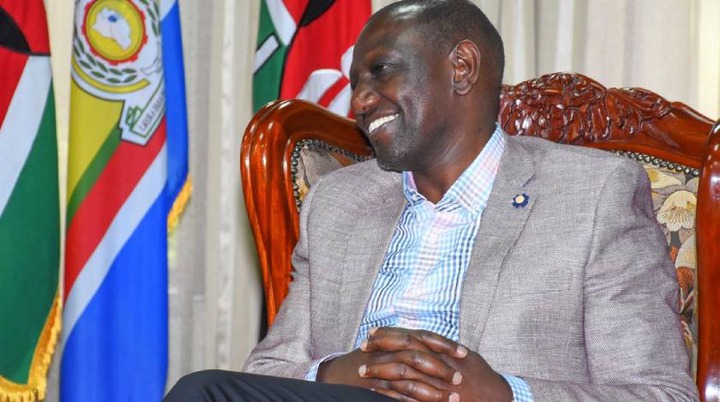 Before Kenyatta cast his vote at the station, he had accompanied First Lady Margret Kenyatta to St Mary's School in Nairobi where she also cast her vote at around 7:00 am.

IEBC results from the two polling stations have revealed a very huge margin between William Ruto and Raila Odinga. 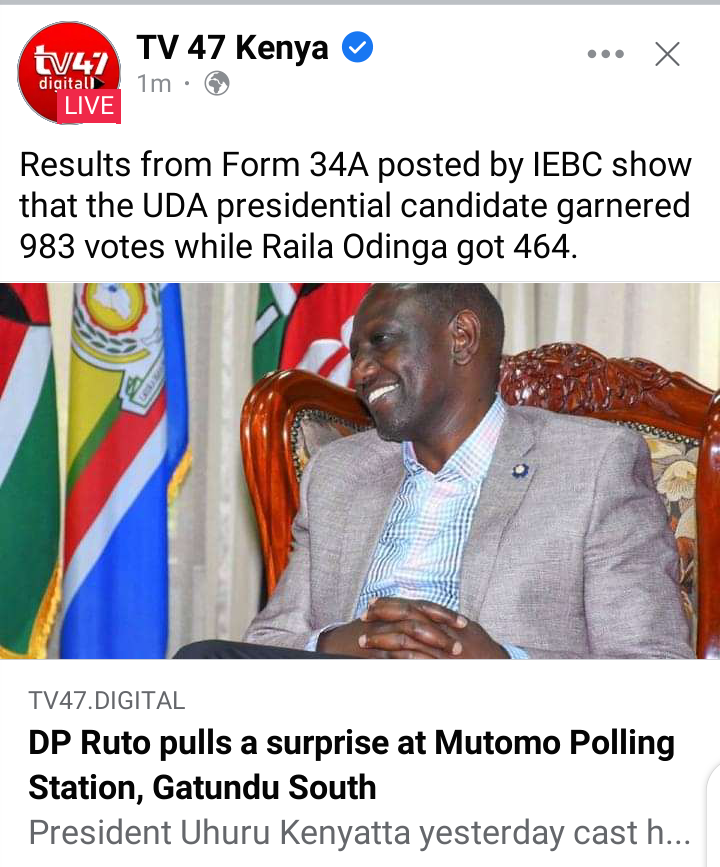 William Ruto has also floored Raila Odinga in Martha Karua's backyard despite Martha's attempt to rally residents from the region behind Raila Odinga.

This comes after IEBC reported that 42,663 of 46,229 polling stations have already submitted their results to the national tallying center at Bomas of Kenya.