"Chebukati is Right, it's You Getting it Wrong" Expert Tells Raila, Azimio After Rejecting Ruto's Win 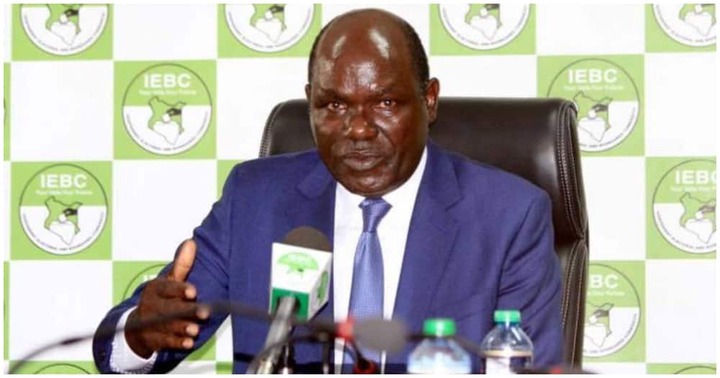 The move by the Independent Electoral and Boundaries Commission chair Mr Wafula Chebukati to announce Deputy President William Ruto, as the presidnet elect, despite protest by 4 of the IEBC commissioners continues to elicit mixed reactions.

The commissioners in two of their media briefs, on Monday and Tuesday, distanced themselves from the presidential results by Chebukati, saying that they were not involved in verifying the final phase, and that there were mathematical discrepancies of 0.01 per cent.

On Tuesday August 16th, The Azimio la Umoja One Kenya Alliance presidential candidate Raila Odinga also rejected the results terming them null and void, and further arguing that Chebukati should not have announced the results since the majority of the commissioners were not in support.

Both Raila and the commissioners used the 'Maina Kiai case petition Number 106 of 2016, to claim that the Chebukati was not backed up by enough quorum to all announce the results.

This has however been broken down by political expert Duncan Ojwang', who claimed that the Azimio camp and the commissioners were wrongly and opposite quoting the petition. 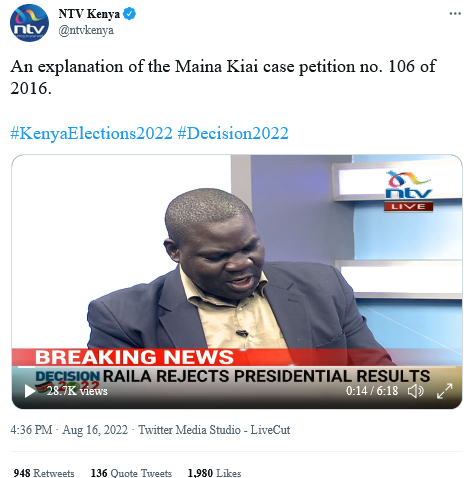 "It is a case where you wonder why we can do things like this, Chebukati has been telling everyone that results from the polling stations are final. They are all at the IEBC portal. We are now here where they are citing the results as unconstitutional, citing the Kiai petition wrongfully, struggling with the Mathematics and not sure whether they were overrule?"