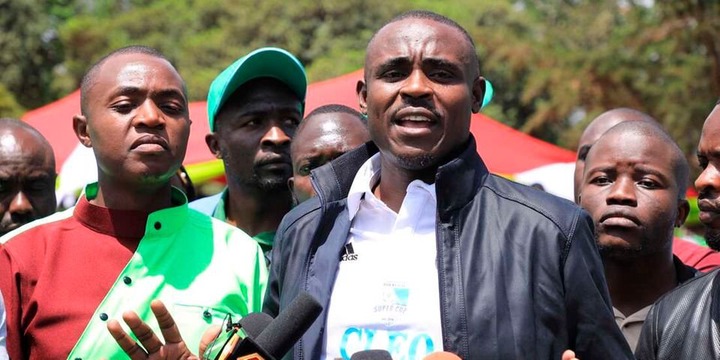 Kakamega County Senator Cleophas Malala has finally admitted being totally out of order over the remarks he made in his recent political rally in Western Region about job acquisition in National Police Service.

Through a video which highly circulated online, the Kakamega County governor aspirant was heard saying that being a police officer does not require many things including education.

According to him, so long as an individual has two legs and two hands then he is she is qualified for that job since mainly deals with holding guns.

The remarks were however condemned by the National Police Service this late evening, forcing Malala to now come out and pen down his apologies for making such highly considered demeaning remarks to those concerned with the security of Kenyans.

Through his official online handles, that is Facebook and Twitter, Malala has said that his remarks were taken totally out of context and so would wish to withdraw those remarks and apologise to the disciplined forces for the damages his remarks may have caused. 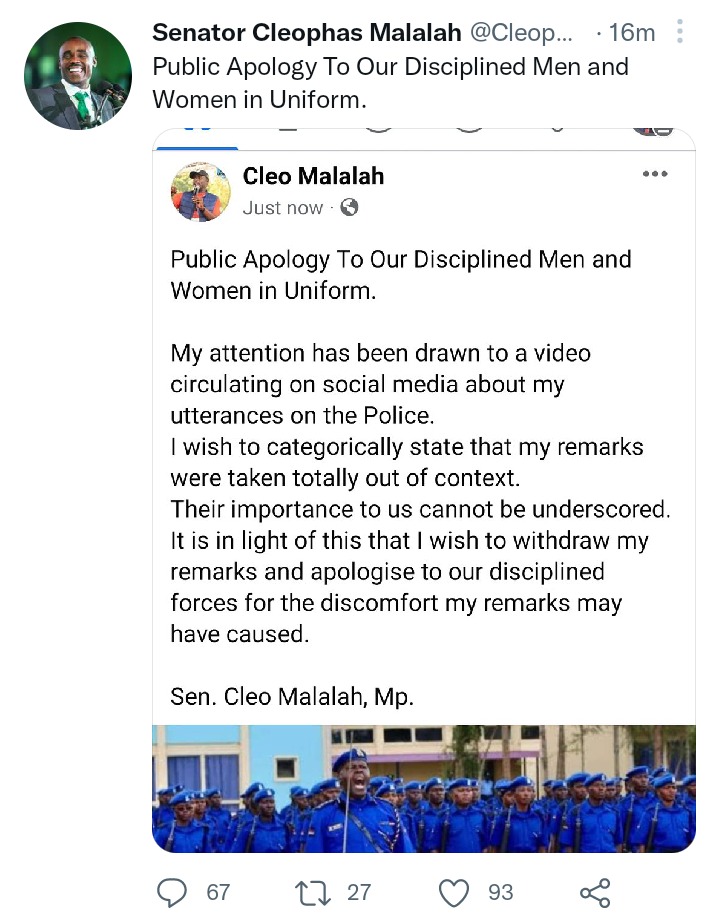 His remarks had also attracted the attention of the public as many Kenyans have blasted him for losing his minds by making such a reckless remarks despite being a leader who should act as a good example to his people.