ODM leader Raila Odinga has unveiled details of how President Uhuru Kenyatta rescued him when Jubilee hardliners were demanding for his apprehension and execution in 2018.

Odinga who opened up on the events surrounding his 2018 controversial swearing-in as the People’s President, said that he was set to face treason charges, but President Uhuru Kenyatta intervened and bailed him out of the impending loathsome end. 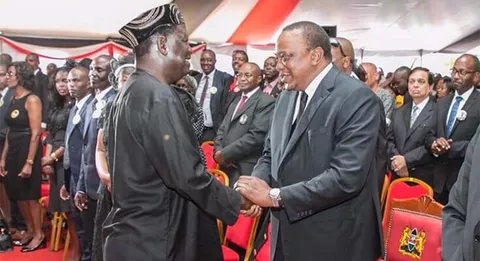 The former premier who was speaking in Nyamira County on Friday hinted that the president had been advised to charge him with treason, but he objected, arguing that the move could have culminated into more harm than good for the nation. 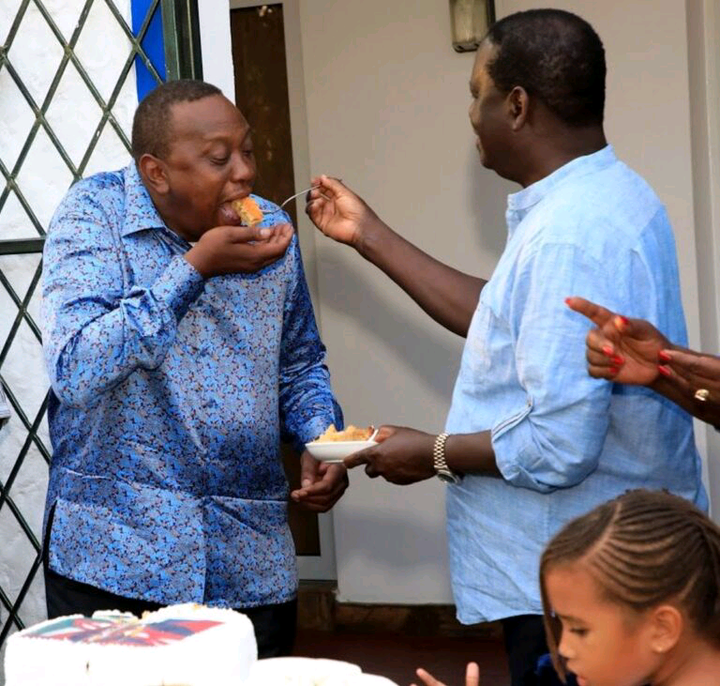 The opposition chief woed the Gusii community to rally behind him in the race to succeed President Kenyatta.

The function was attended by a couple of Cabinet Secretaries, including Dr. Fred Matiang’i, Eugene Wamalwa and Mutahi Kagwe who exuded confidence in the ODM party leader emerging triumphant in 2022 general elections.

During the event, Odinga rallied members of the Gusii community to back his yet to be declared presidential quest, claiming that his prime objective is to unite the country in the spirit of the handshake.

The son of Jaramogi was in Nyamira county for a fundraiser in aid of a dormitory building at Mwongori High School and was hosted in Nyamira by Interior CS Dr Fred Matiang’i among other local Gusii leaders.