By Ben_Wachira (self media writer) | 1 month ago 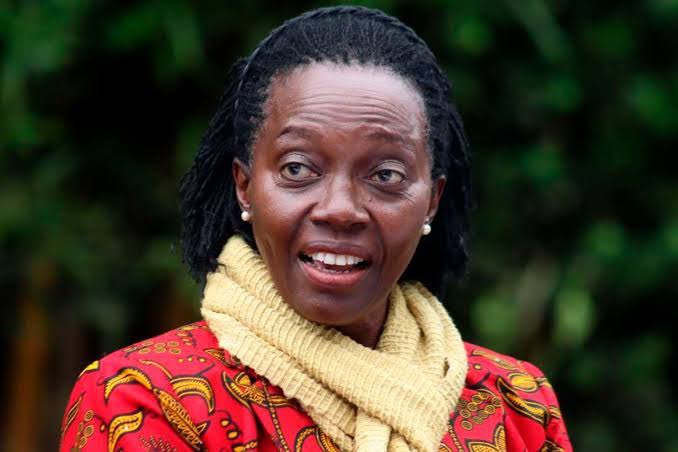 Martha Karua is one of the most feared but also respected leaders in the country. That is because she does not entertain any kind of nonsense around her and that is why many people have been claiming that Raila Odinga made a good move to pick the Narc Kenya party leader as his running mate in the August 9th 2022 general election.

Since she was picked as Raila Odinga's running mate, Martha Karua has been receiving plenty of praises from different people but today, she was badly exposed as Kenyans were told by David Makali about her influence just before Baba named her as his running mate.

While speaking to TV47 Kenya, David Makali stated that Martha Karua was a weak candidate ahead of the much awaited August poll as she was ranked behind Wangui Ngirici and Anne Waiguru in the Kirinyaga gubernatorial race. For that reason, Makali feels that Karua's fortune changed just Raila picked her to deputize him otherwise she could be finished. 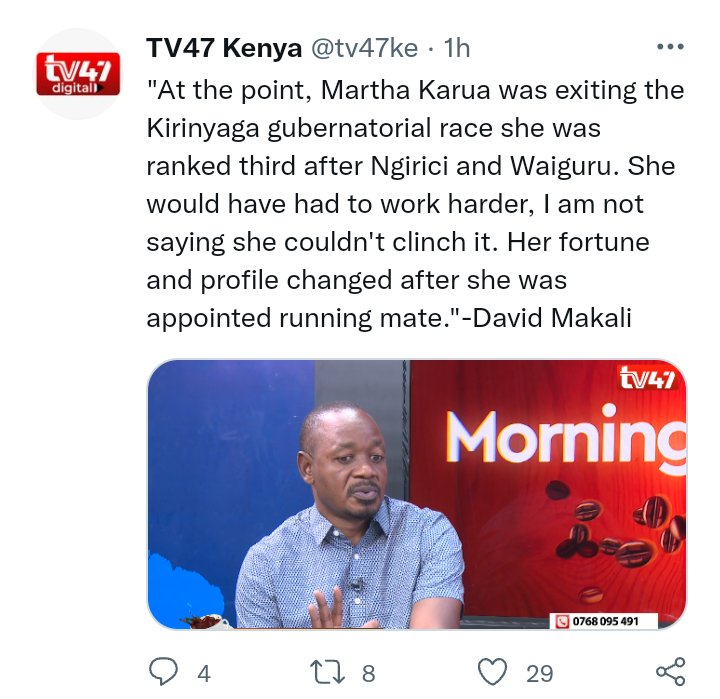 Oburu Faults IEBC Chairman Chebukati For Raila's Defeat, Says What He Has Failed to Do For Azimio.

Chebukati Reveals How The 0.01% Error Occurred Before He Declared The Presidential Results

'' Victory Is Coming Home, It Was Only Deferred'' Karua Drops a Critical Message to Azimio