Man Arrested For Trying To Kill Vice President in Argentina

By TushTush_ (self media writer) | 5 months ago

A man was detained after trying to shoot Cristina Fernández de Kirchner, the vice president and former president of Argentina, on Thursday in front of h 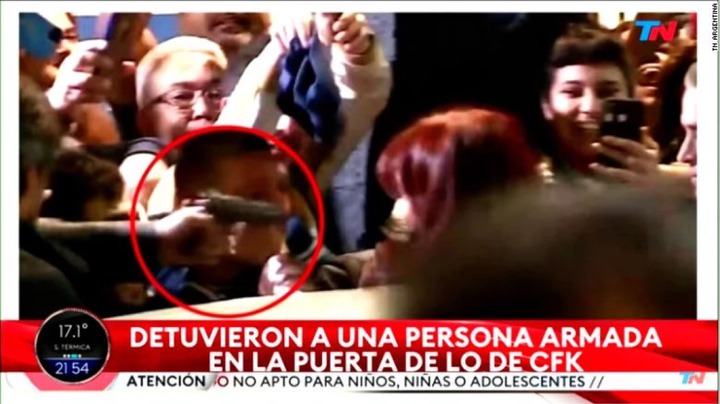 The vice president can be seen grinning in the incident video walking past a crowd of people. Then, a man in the crowd charges forward, brandishing a gun and appearing to aim for Fernández de Kirchner's face. The two-time former President flinches backward while unharmed and no shots are fired.

After a few seconds of confusion and fear, the attacker was apprehended and taken into custody. The man was first identified as a Brazilian citizen by Argentina's official news agency, Télam, who later changed his name to Fernando Andre Sabag Montiel. 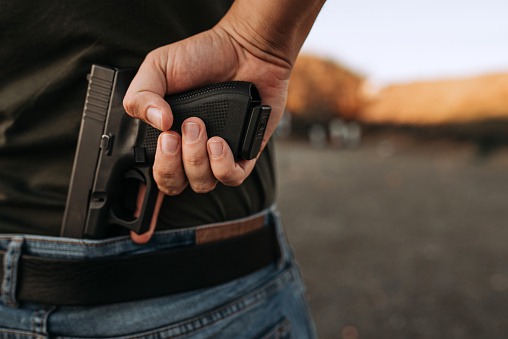 A.380 caliber gun with bullets inside was used in the incident, according to the Argentine Ministry of Security. In a televised speech on Thursday night, Argentine President Alberto Fernández said, "Cristina is still alive because — for some reason we can't technically confirm at this point — the weapon, which was armed with five bullets, did not shoot although the trigger was pulled."

"We must eradicate hate and violence from our media and political discourse," he said, referring to the assassination attempt as an assault on democracy. He made Friday a public holiday so that everyone could come together to support Fernández de Kirchner.

On Thursday, Mauricio Macri, a former president of Argentina, also condemned the attack and demanded "an immediate and profound clarification by the justice system and the security forces."

One of Argentina's most well-known political figures, Fernández de Kirchner held the office of president from 2007 to 2015 before becoming vice president in 2019. Since she is currently being tried for alleged corruption from her time as president, her supporters have been holding protests outside her house.

Earlier in August, a federal prosecutor called for Fernández de Kirchner to serve a 12-year prison sentence. The request hasn't been decided by the court yet. Days later, in the Argentine capital, her supporters clashed with police; according to Télam, police used sticks and tear gas on protesters after a group of people toppled fences close to her home.

President Fernández stated during the national address on Thursday that he had spoken with the judge assigned to the case to urge prompt action. Thousands of people have taken to the streets in Argentina this summer to protest the government's handling of the country's skyrocketing inflation and allegations of corruption.

A judge placed a $643 million asset freeze on Fernández de Kirchner in 2016 after charging her with corruption, illicit association, and aggravated fraudulent administration along with 11 other people.

During her term as president, Fernández de Kirchner is accused of assigning Austral Constructions the task of building public roads. She had criticized the investigation at the time for being political in nature.

In a separate corruption case, she was also being tried for allegedly interfering with the sale of US dollars by the country's central bank. According to CNN affiliate CNN Espaol, the case was dismissed in 2021 with the court ruling in Fernández de Kirchner's favor.

Content created and supplied by: TushTush_ (via Opera News )