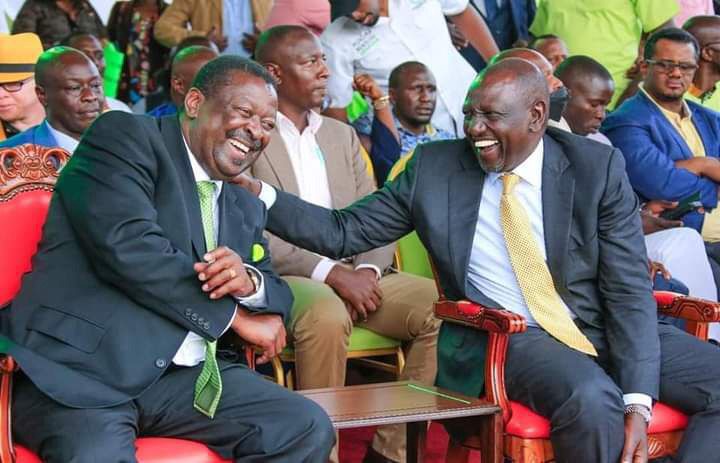 According to the reports given by Musalia Mudavadi, he said that it was so unfortunate that the two renowned politicians had to walk out of his meeting claiming that it was not okay. In his own words, Mudavadi said that he didn't have any problem working with the deputy president of Kenya, honorable William Ruto and for this reason, said that he had the right to do as he wants.

A few days ago, Mudavadi said that he was wiling and going to work with the deputy president of Kenya. However, both Kalonzo and Moi who seemed to have been disappointed walked out of the meeting.

While reacting to his remarks, kenyans who took to their different social media accounts to express their opinions and suggestions on the matter have called out the renowned politician claiming that he was on the wrong track due to the fact that he had betrayed his colleagues.

According to the reports given by most Kenyans, they claimed that it was so unfortunate that the renowned politician decided to invite the deputy president of Kenya, honorable William Ruto along with his United Democratic Alliance Movement team despite the fact that he didn't tell them what he was going to announce.

Maina... In as much as i think that you have done a great job by standing your ground, it's so unfortunate that you didn't tell your colleagues what you were going to do and for this reason, i think that you are a traitor and no better than the other. 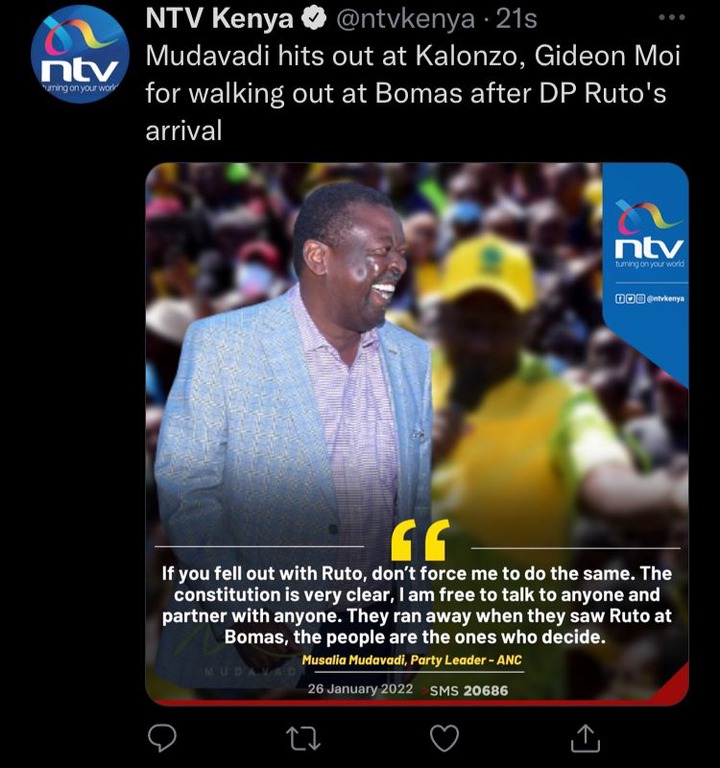 Why William Ruto Is A Worried Man

Kalonzo Allegedly Cuts Off All Communication As He Retreats to Yatta