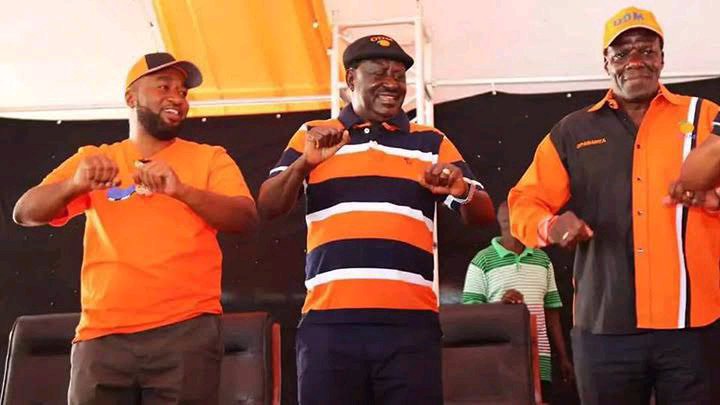 Wycliffe Oparanya, the Deputy Party Leader of the ODM, has disclosed his intentions regarding the general elections in 2027, adding that he intends to make a comeback to the political arena.

Following the failure of the Azimio La Umoja alliance to gain the government, a number of political leaders, including the former governor of Kakamega, are currently on the outside looking in of Kenya's political scene.

He has recently given hints that he would run for president on an ODM ticket, despite the fact that his party's leader, Raila Odinga, was not successful in securing that position in the recently finished election.

The leader has stated that he would prefer concentrate on his companies for the time being, hence he has ruled out the possibility of applying for a position in President William Ruto's government.

He has stated to the Daily Nation that in the meantime, while waiting for the subsequent general elections, he will be actively participating in the political activities of the opposition. 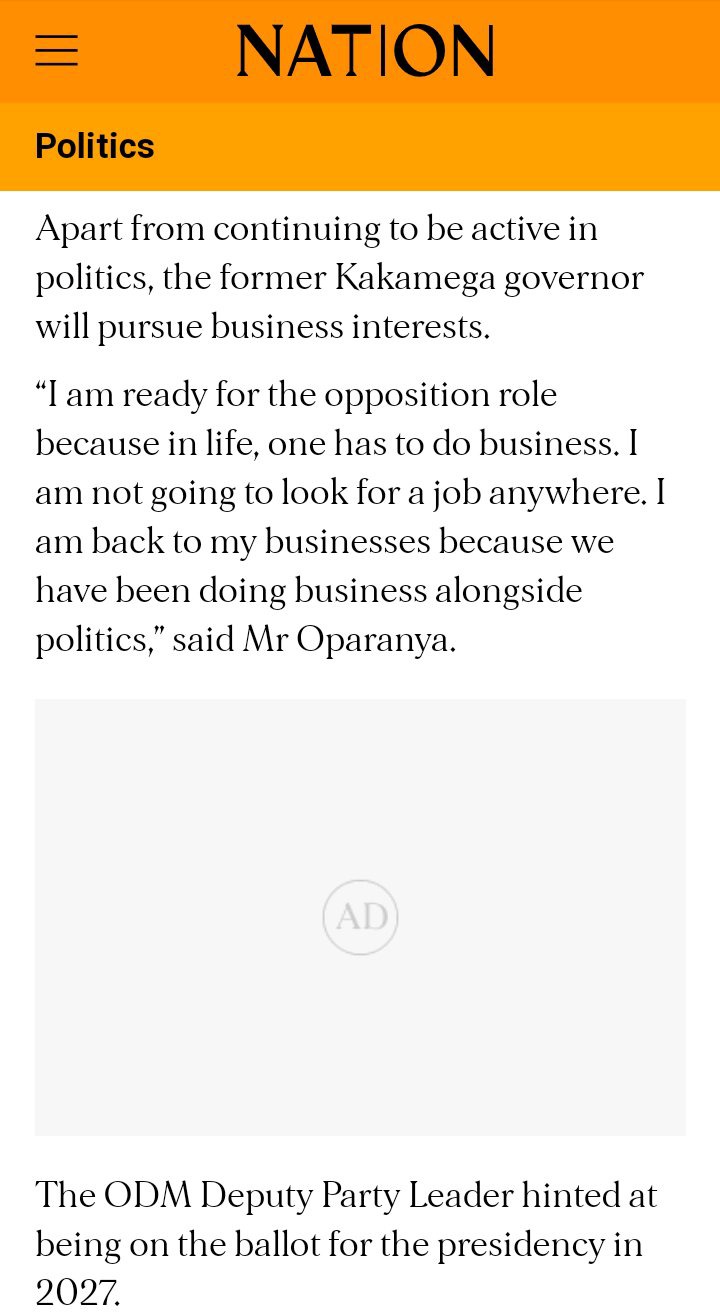 "I am prepared to play the part of the opposition because, in life, one must engage in business." I have made up my mind not to look for work anywhere. According to a comment attributed to him, "I am back to my enterprises because we have been conducting business alongside politics."

After Raila's defeat, the politician was one of those who will have to pay the ultimate price because he was slated to become the Cabinet Secretary for the National Treasury should Raila win.

His statements have been echoed by an ex-governor of Laikipia, Nderitu Muriithi, who also lost his seat for selling Raila in a region where he is not wanted. Muriithi criticized Raila for selling himself in the region.

He, too, has stated that he will run again in 2027, and he went on to say that it won't be a problem for him to sit out for only one term.

I will keep contributing something of worth in a variety of settings. Even though I am now working in the private sector, I do not intend to stop my involvement in the public sphere. Without a doubt, the year 2027 will find me back here. The leader, who was even Raila's campaign manager, told the paper that losing in one electoral cycle is not a death sentence.

What Ruto Said About GMO In Kiambu, Alleges Why Raila Is Opposing KK Govt Plans(Video)