"Everything Has an End, Eventually," Akombe Responds to Chebukati And Team

By Emmanuel-Wamalwa (self media writer) | 13 days ago 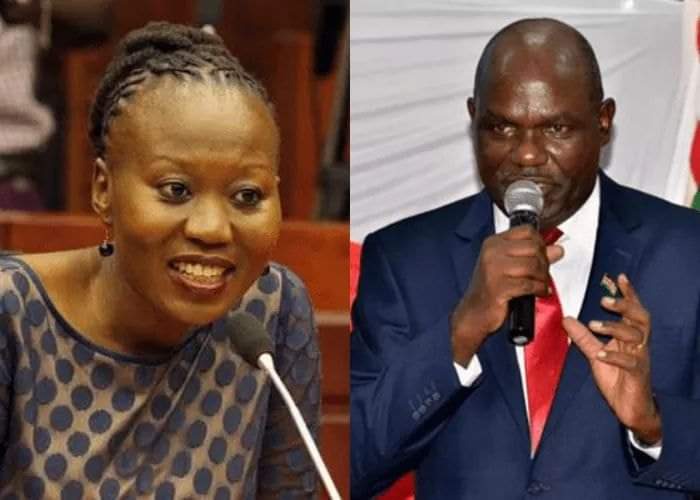 The Former Independent Electoral and Boundaries Commission (IEBC) Commissioner Roselyn Akombe has taken to limelight to ridiculous respond to the exit of the Former IEBC Chair Wafula Chebukati and team from office.

The one time Commissioner of the IEBC who travelled out of the Country after the controversial 2017 General elections, took to her twitter page to note that, "Everything has an end, eventually " attached with a smiling emoji. Akombe's remarks triggered mixed reactions from Netizens.

"Everything has an end, eventually 😊" responded the Former IEBC commissioners. 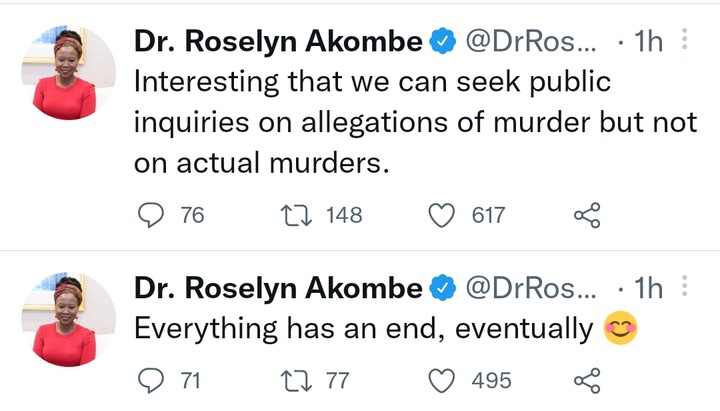 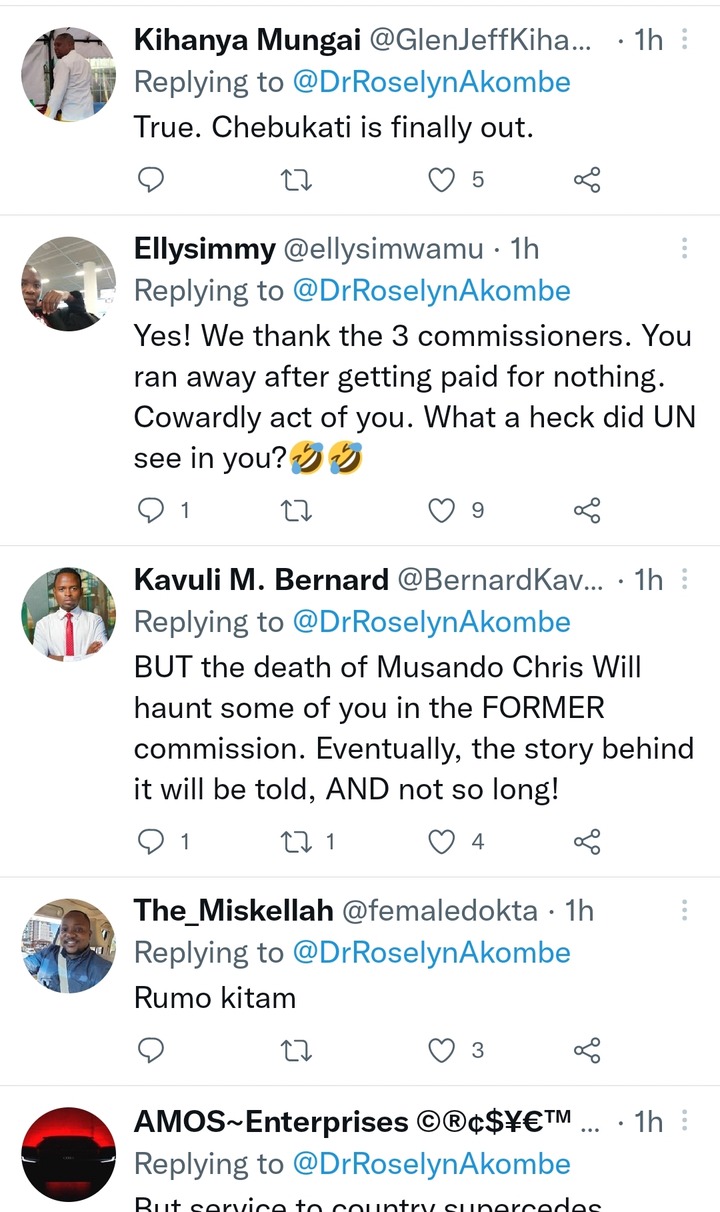 On President William Ruto's revelation that there were schemes set to have Chebukati abducted by unidentified persons so that the IEBC operations can be paralysed and the people's will subverted. Akombe, slammed President Ruto’s revelation.

According to the Former IEBC commissioner, Ruto should have disclosed the persons behind the scheme, adding that, it is so interesting that the public has been with the responsibility of inquiring into the murder plot without the clear picture of person behind it.

"Interesting that we can seek public inquiries on allegations of murder but not on actual murders" Said Akombe. 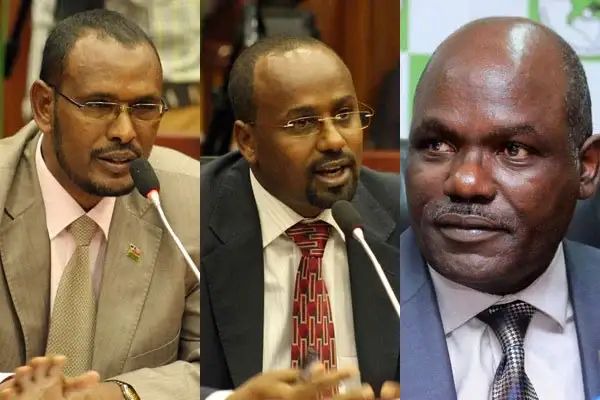 President Ruto while speaking at State House, Nairobi today, heaped praises on Chebukati and his team that stood strong to protect the will of Kenyans, hinting out the scheme to kill the ouster Chebukati.

"We know that there was a direct attempt to abduct Wafula Chebukati and murder him so that he commission would be paralysed, or a compliant commissioner take over and subvert the people’s sovereignty." President Ruto said.

On Akombe tweet that everything comes to an end, eventually. Netizens joined the missing dots, requesting Akombe who fee out of the Country during the controversial 2017 elections to reveal the murderers of the then IEBC IT manager Chris Musando.