The story of the increase in petroleum products prices by the energy and petroleum regulations authority has caused a stir in the public in the past one week after the price of fuel rose by ksh. 8 shillings countrywide. 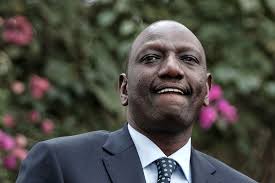 According to Okongo Mogeni,the deputy president William Ruto will never be forgiven by Kenyans after he has gone silent on the issue and is not ready to step out and stand tall and talk about it in public.

While speaking at K24 television this evening in the punchline show,Okongo said that with the numbers of members of parliament the deputy president William Ruto claims to have,he should have mobilized them and told them to shoot down the bill but the deputy has been silent which means he is not someone who is brave and can stand out for his people.

Okongo Mogeni: If the DP was honest, and if he believed in the hustler nation, he would have told MPs to go to parliament and step up and be counted since they had the numbers, but he does not want to be someone who stands out and who is brave.