By (Esq)Evans (self media writer) | 1 month ago 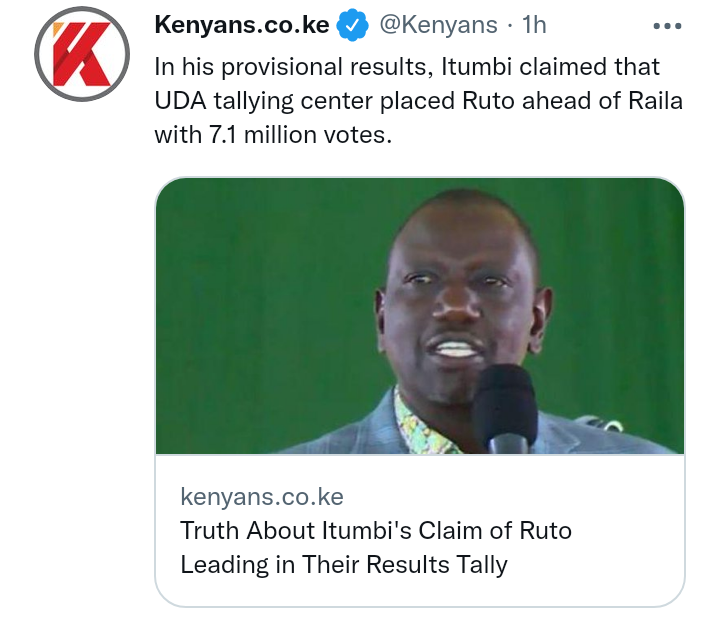 UDA Digital Strategist, Dennis Itumbi released provisional results as he claimed that Ruto was likely to beat former Prime Minister Raila Odinga by over 238,024 votes after amassing 7,158,108 votes ahead of Raila's 6,920,084 votes drawn from 46,136 polling stations which had submitted their Form 34As. Surprisingly enough, Itumbi placed the country's total polling stations at 46,233.

Speaking to one of the IEBC Officials stationed at the Bomas of Kenya also Revealed that there are only 46,229 polling stations that operated during the 2022 General Election.

What President Ruto Promised the People of Homabay County