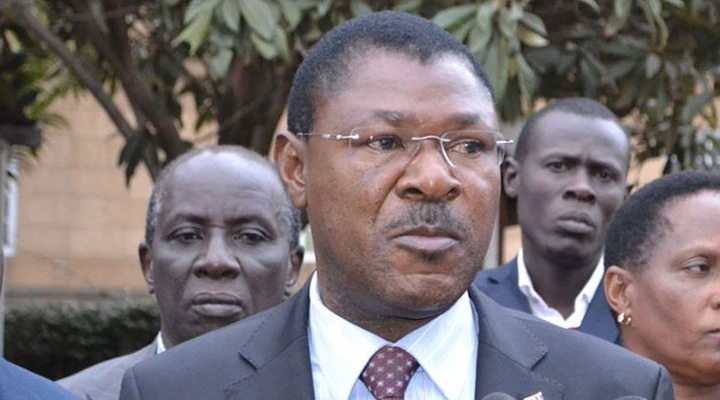 William Ruto, the vice president, was declared the president-elect after the Kenya Kwanza Alliance. FORD Kenya Party Leader Moses Wetang'ula, on the other hand, is certain that he will be the next speaker of the National Assembly.

Reports indicate that if William Ruto were to become president, Musalia Mudavadi of the Amani National Congress and Moses Wetang'ula of the FORD Kenya Party would switch roles, with Wetang'ula taking on the role of National Assembly Spokesperson and Mudavadi becoming Chief Cabinet Secretary per the KKA agreement among the founding parties.

In a segment broadcast on NTV on Friday, an optimistic Wetang'ula predicted that the KKA presidential campaign will win, and that the party would immediately go to work on improving the nation since there is no time to spare.

Since many of the women from the North Eastern region who ran for office under Ali Roba's United Democratic Movement party, UDM, and others who ran as independent candidates had already joined the KKA, he told their followers that they will soon be in control of the National Assembly.

"Our supporters should not fear, as I will soon be the third most powerful speaker in the national parliament. Now that the North Eastern and the independents have joined us, there is no doubt that the nation is making progress."

"I hope that God grants me with wisdom so that I can lead the national assembly in partnership with the senate to develop good laws, restore peace to our country, and make sure that Kenya is not the same once again," said Wetang'ula.

In addition, he urges Raila to keep the peace in the nation by having his team shake hands with Ruto. To keep the KKA administration in check, he says, they need an opposition, therefore the handshake won't include sharing the government.