By JosephOpondo (self media writer) | 5 months ago 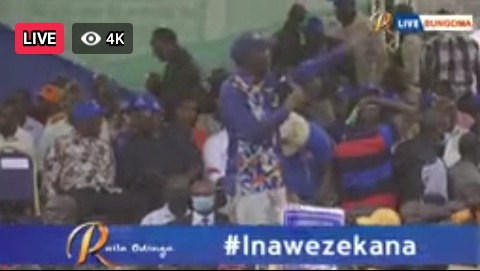 The former Prime Minister Raila Amollo Odinga received a euphoric reception in Bungoma county on Friday and he was welcomed by the area governor Hon Wycliffe Wafula Wangamati.

He alleged that Baba's past records on country's achievement has made people to long for his presidency and people from the region will rally behind the ODM party leader Hon Raila Amollo Odinga during the coming August polls.

The crowd chanted as he said that Raila Amollo Odinga is the leader who is being used as the best example to describe democracy and his position as the AU official has earned him a great prestige and all kenyans must be happy for an all-round leader who respect the human rights.

He also sent a warning to Ruto's camp to prepare for Raila's Presidency and know that Western Region is locked behind the Azimio la Umoja movement.

Watch from the 32nd minute to 35th minute. 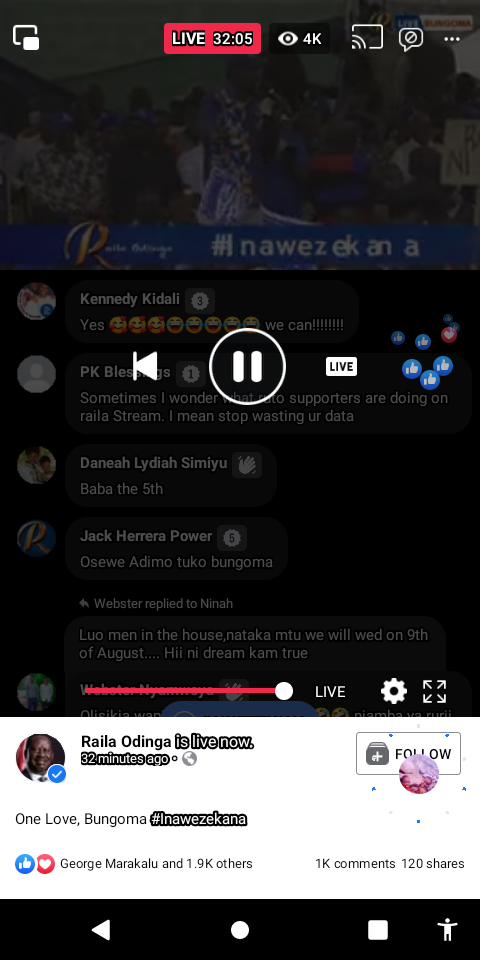 Justina Wamae Congratulates Ruto and Gachagua, Thanks Those Who Voted For The Roots Party

Win For Kenya Kwanza As These Two MPs Joined The Team