The families of Pauline Awino and Grace Pauline have called upon the government to help them Repatriate the body of their loved ones who allegedly died while working in Saudi Arabia. In a news report that has been shared by a reliable source of information, it has been revealed that Awino, dark woman Alegedly died under unclear circumstances while working in Saudi Arabia.

According to the reports given her sister, she claimed that the deceased claimed that she was being Tortured by her boss before dying a few weeks later.

Similarly, the Family of Grace has claimed that the deceased died within two months after arriving in Saudi Arabia.

According to the reports given the family of the deceased, they claimed that they were called and told she was sick a day before they were told she died. 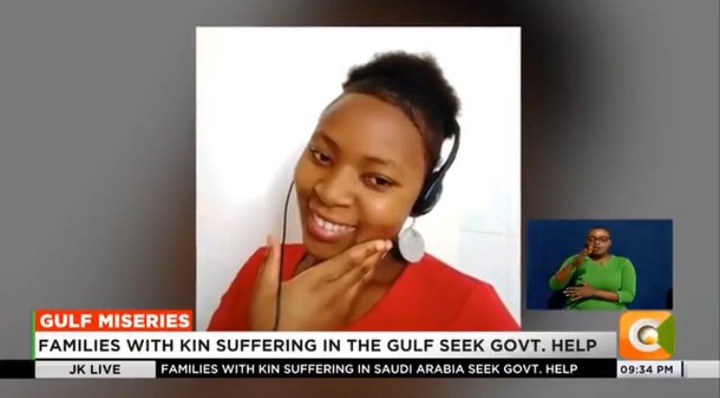 While reacting to this incident, kenyans who took to their different social media accounts to express their opinions on the matter have called upon the government to consider looking into the already increasing cases of Kenyans dying in gult countries despite the fact that Alot of people are currently dying.

According to the reports given by most Kenyans, they claimed that it is so unfortunate that the cases keep on rising on a daily basis despite the fact that the government can put a stop to this mistreatments. 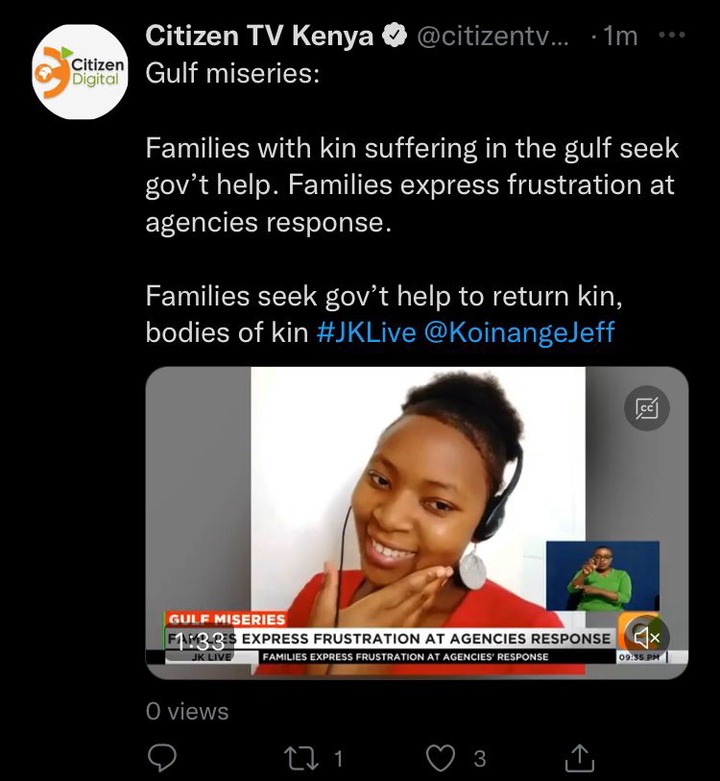