Mudavadi Breaks Silence After Being Invited to Raila's Kasarani Meeting, Declines the Invite 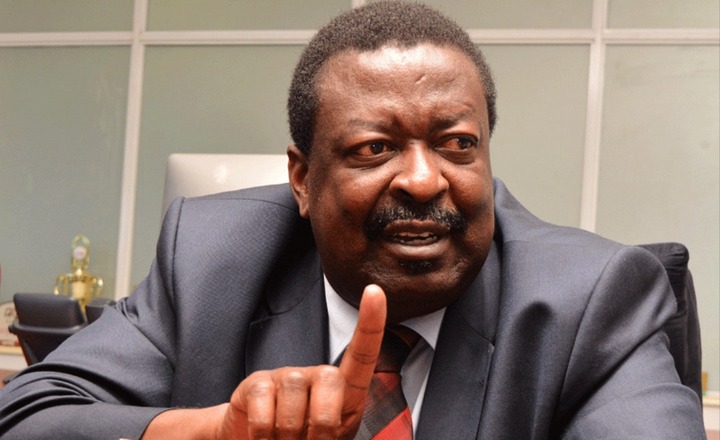 ANC Party leader Musalia Mudavadi has finally confirmed that He will not be attending Raila's Kasarani Azimio la Umoja Meeting meeting after He received an invitation letter from ODM, at the is time when High profile figures are being encouraged to avail themselves to the convention.

Mudavadi spoke through Twitter saying that the rare invitation was addresses to Him specifically as the ANC Boss, and not one of the principals of OKA, or in any capacity to represent the fellow members of the alliance.

He However went ahead to claim that He is very busy with His own engagements that are very personal and important to Him, and therefore He will not be present in the meeting, despite the fact that His presence was highly anticipated, and also a determinant of His relationship with Raila Odinga.

Mudavadi had earlier claimed that He has no arrangements or agreements with Raila on any issue, and will not be holding any private meetings or act in the sense that will indicate that they still have something in common or a common ending in 2022. 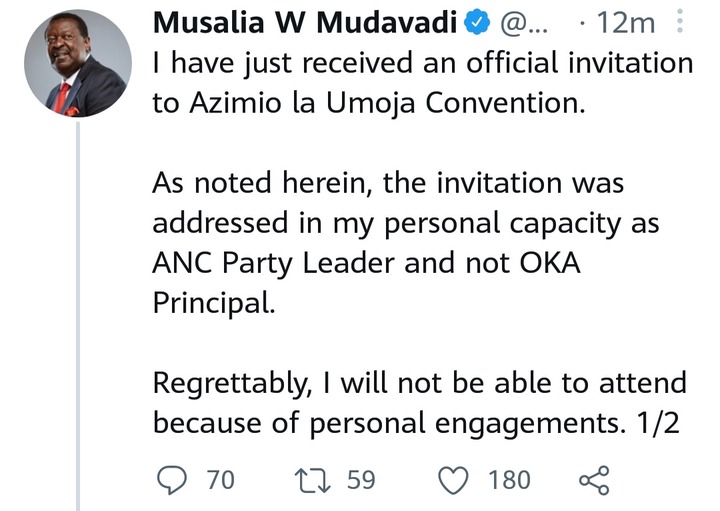 His denial to attend the meeting comes a a time when He has been having loggerheads with Raila and His team, and Rhumous had it that He was going to support Deputy president William Ruto, and dump ODM due to lack of support, in what He termed as their agreement pact of 2017.

Kenyans have been very Keen to hear from other OKA leaders especially Kalonzo Musyoka and Gideon Moi, who have still remained silent on the same.