By Onlinelegitnews.co.ke (self media writer) | 1 month ago 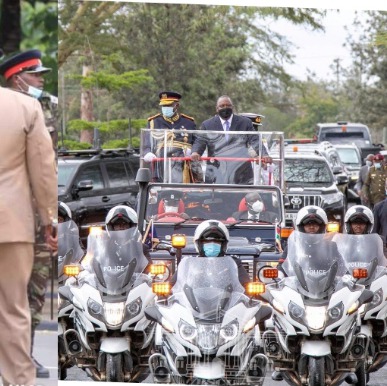 President Uhuru Kenyatta yesterday attended inauguration of Nakuru City. He received a warm reception in his backyard. Uhuru was accompanied by other top political leaders including the former Prime Minister Raila Amollo Odinga.

Uhuru hinted on his support ahead of the 2022 polls saying publicly that Kenyans must consider a leader who can deliver and not consider only the age. Showing that he supports Raila Amollo Odinga.

The two Unique things that showed that Uhuru Kenyatta still controls the politics were:

1. Recognition From many top leaders from Mt Kenya and all parts of the country.

President Uhuru Kenyatta is still the spokesperson of Mt Kenya Politics and it was publicly witnessed yesterday after many leaders attended his inauguration. The leaders said that they won't put away their support from Uhuru saying that Uhuru is still the kingpin and they will support a leader whom he will endorse ahead of the polls.

People who attended the inauguration were so happy after Uhuru publicly declared his support to the former prime minister Raila Amollo Odinga. Many residents after the event said that they will just follow what Uhuru Kenyatta will tell them ahead of the polls.

Watch The Video of The Yesterday's Nakuru Event Through This Link To See:https://t.co/vzOyqzIhtN