NEWS JUST IN: President Ruto to Fly Out of The Country This Evening and Tour Two Countries

By KimaniOsoro21 (self media writer) | 3 days ago

President William Ruto has been busy with ensuring that the government is in check since he took over the office from Former President Uhuru Kenyatta a few months ago. 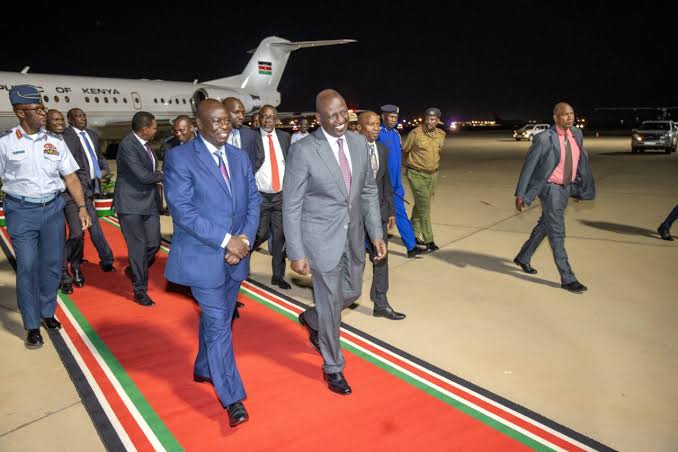 Picture courtesy. President William Ruto and Deputy President Rigathi Gachagua at a past event at the airport.

Earlier on today, the President was in Gatundu South where he attended the burial of Cabinet Secretary of Trade Moses Kuria's sister burial as per the reports that we have with us.

Meanwhile, in Kamukunji, Former Prime Minister Raila Odinga was there and urged Kenyans to disregard President Ruto's policies as per the reports that we have with us.

The reports that we have with us from State House Spokesperson, Hussein Mohamed, President William Ruto will be flying out of the country for the next few days.

The President of Kenya, William Ruto will depart this evening to France in Europe as per the reports from the State House Spokesperson, Hussein Mohamed who has released the statement.

The President will then meet his French Counterpart who is known as Emmanuel Macron for discussions touching on various issues that are of mutual interest to the two nations.

The President will then fly to the capital of Senegal that is known as Dakar where he will be a keynote speaker at an event that is being held in the area.

The President will also hold talks with the Senegalese President before he concludes his tour and comes back to Kenya as per the reports that we have with us from Hussein Mohamed. 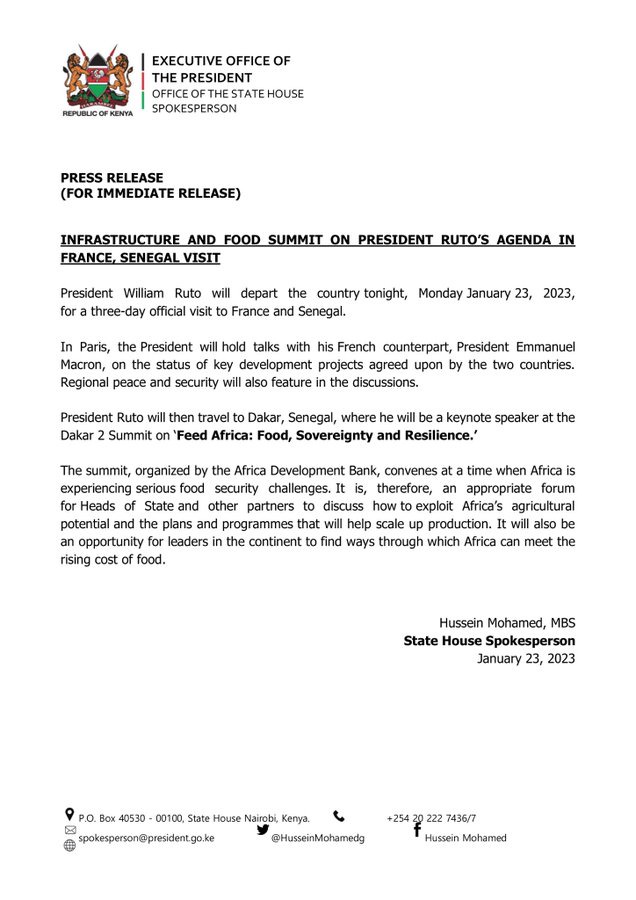