By JijengeNews.com (self media writer) | 2 months ago 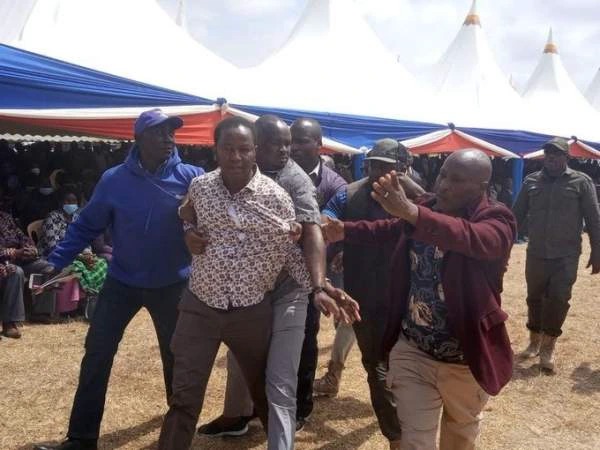 A candidate for governor of Machakos, Wavinya Ndeti, has published a statement in which she condemns the violence that occurred in Machakos at a rally conducted by Raila Odinga in Azimio. The rally was being held in Machakos.

Shortly after Nzioka arrived at the gathering, supporters of the two candidates began arguing with one another, which finally led to the entire breakdown of order in the room. 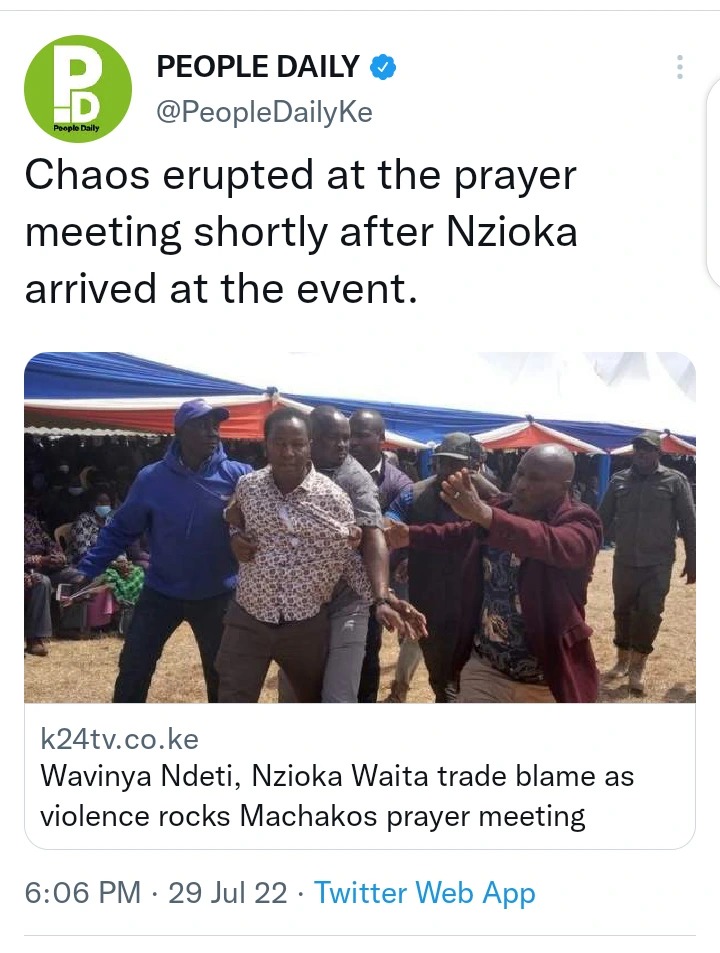 Because of an attempt by a group of young people to forcibly remove Waita from the podium, the demonstration was brought to a halt for approximately ten minutes. This attempt caused the rally to come to a halt. 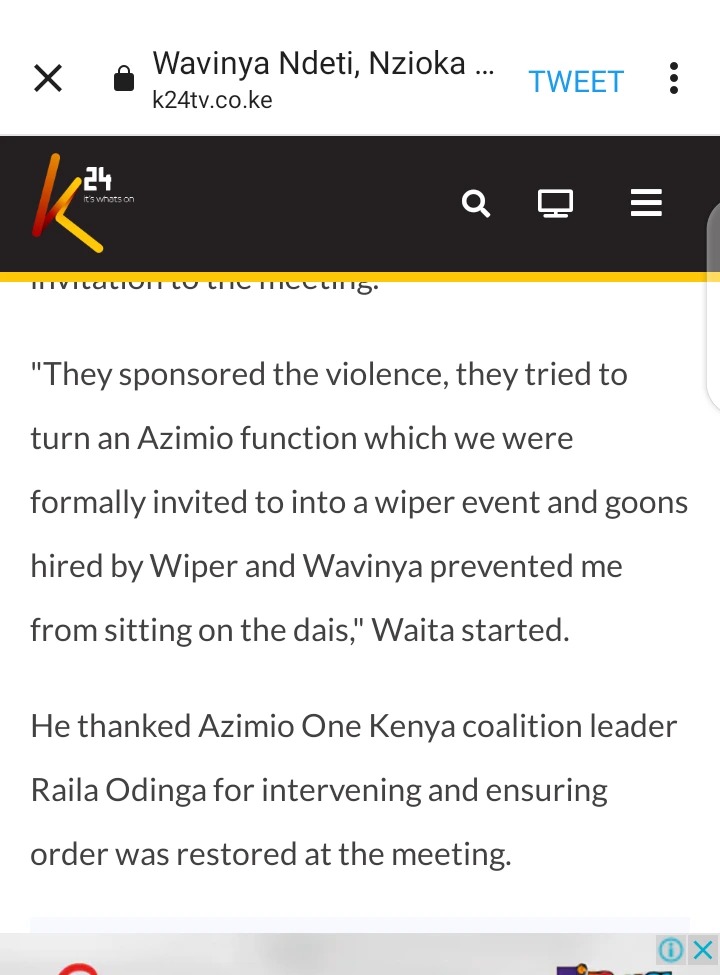 After the chaos subsided, he conveyed his appreciation to Raila Odinga for mediating the conflict and establishing peace.

Content created and supplied by: JijengeNews.com (via Opera News )