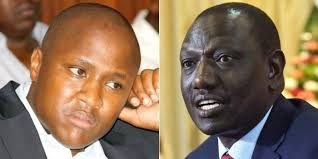 The deputy president William Ruto will be making his first stab at the presidency in the upcoming general election when over 20 million kenyans will be going to the ballot.

In a bid to consolidate his votes especially from his backyard, Ruto has been insisting on six piece voting pattern whereby his preferred party united democratic alliance (UDA) is supposed to get as many seats as possible.

Having conducted peaceful Party nominations, a look at the performance of the candidates in the most recent opinion polls indicate that UDA has a future.

In one such poll result, one vocal critic of the the deputy president Alfred Keter of Nandi hills will lose his seat if elections were held today.

According to the results, Keter will get only 41.4 percent of the votes with Ruto's man Benard kutur taking a lead of 52.7 percent.

Its worth noting that Alfred Keter contested the manner in which UDA nominations were conducted before he decided to vie as an independent candidate.

It now remains to be seen whether the DP will manane to get the maximum seats in the vote-rich rift valley county which is considered his Political bedrock.

Do you think the DP will sweep all the seats in the rift valley counties? Feel free to share your thoughts and comments on this on our comments platform. 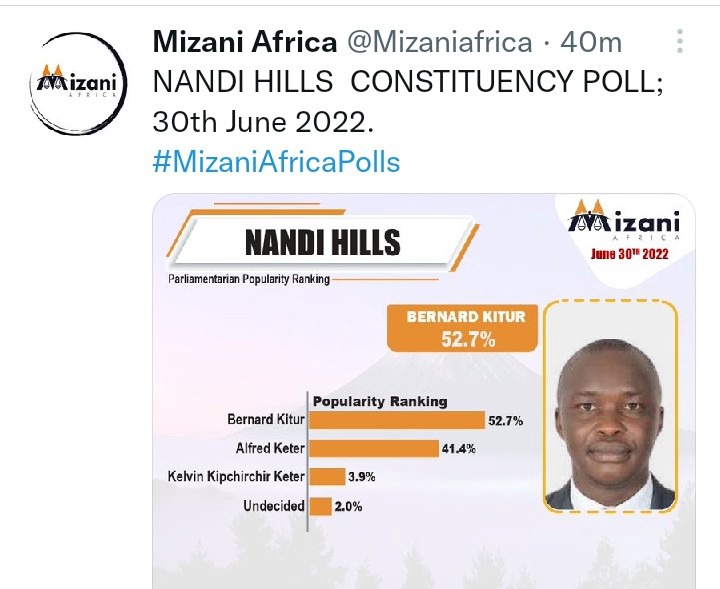 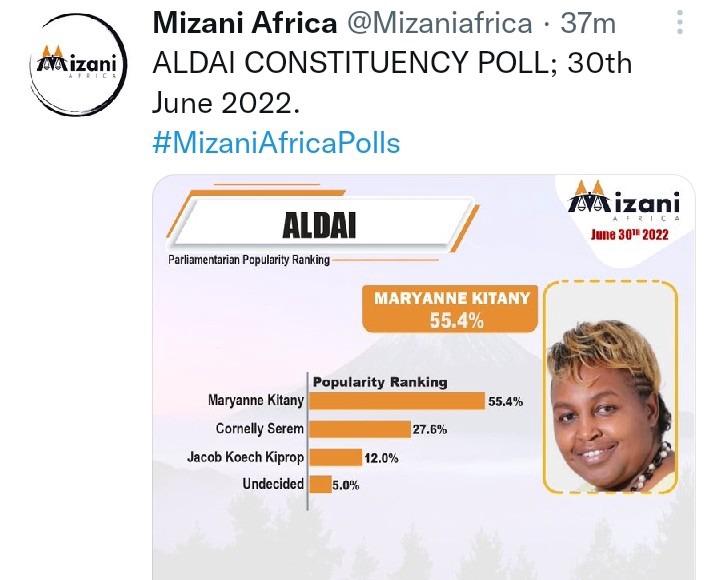 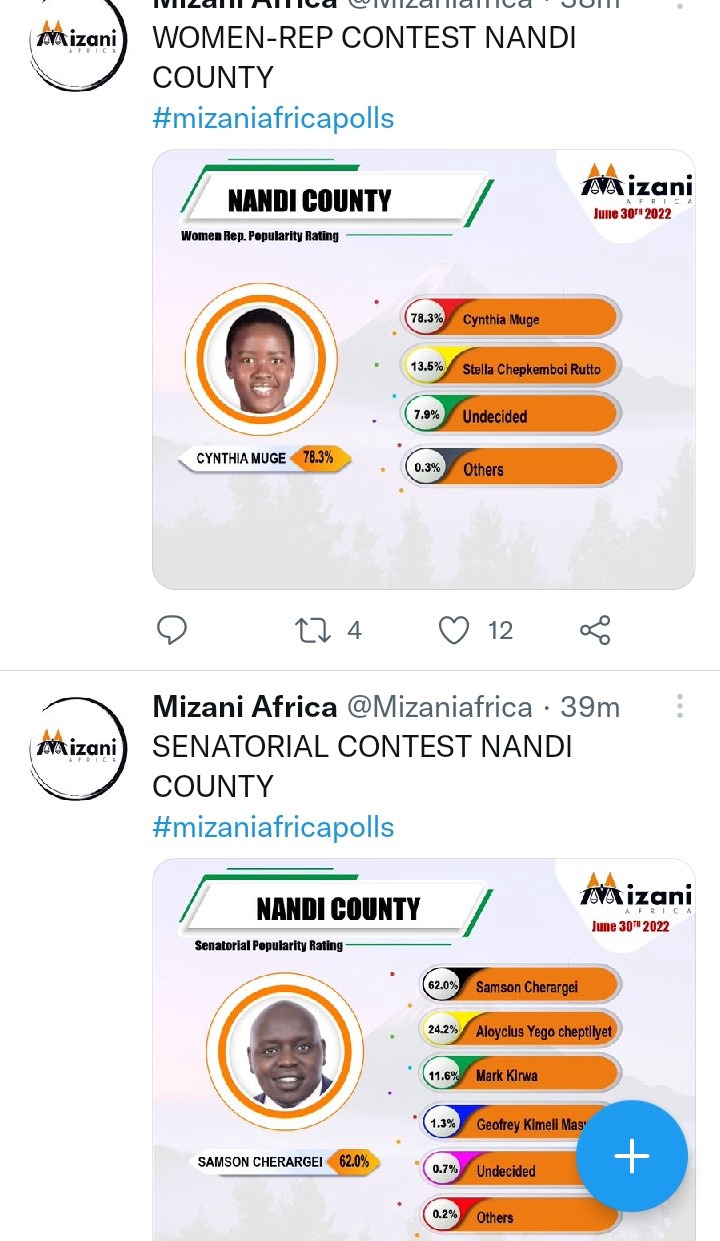