What Made President Moi Stand Out As a Public Speaker.

By HeartStrings. (self meida writer) | 1 months 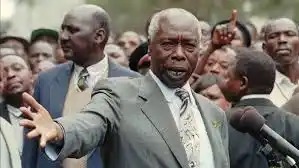 As the old adage goes,"A leader is like a shepherd, always at the back." Every leader have their way of doing things. A typical politician promises heaven and achieves little. The second president of Kenya, Moi, was a unique one. He was able to win the election thrice and the votes came from all corners of the country. Currently, politicians have developed dependence on their tribes. Minority groups stand no chance of producing a president.

The story was different for Moi. He always garnerd more than 80% of the votes with his tribe contributing less than 10%. I came to discover recently as I listened to his speeches in YouTube that Moi was more of a statesman than a politician. Political scientists describe a statesman as a person who puts first the interest of the country while a politician will only look at political effects.

In most speeches Moi could not conclude without saying,"Mungu awabariki" which means, God bless you. This is an art of public speaking that requires one to know what the audience want to hear. President Moi used God because Kenya was 80% christians. Didn't that command a large number of citizens? 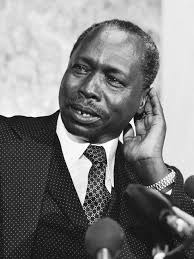 I had heard many comedians imitate him and thought that they were adding salt to his words but I've realized that he had rare ingredients in his words. He would always talk about peace and national unity. The famous loyalty pledge to the country was developed during his tenure. We had to memorize it as early as we were in class one.

Most of his critics annihilated him for using dictatorship to govern the country but his inside circle described him as a highly consultative person. He would always liase with his advisors and national intelligence before taking any course of action.

Moi did not only win the hearts of his citizens but also leaders of other countries. This is attributed to his diplomatic means of solving conflict.

Content created and supplied by: HeartStrings. (via Opera News )