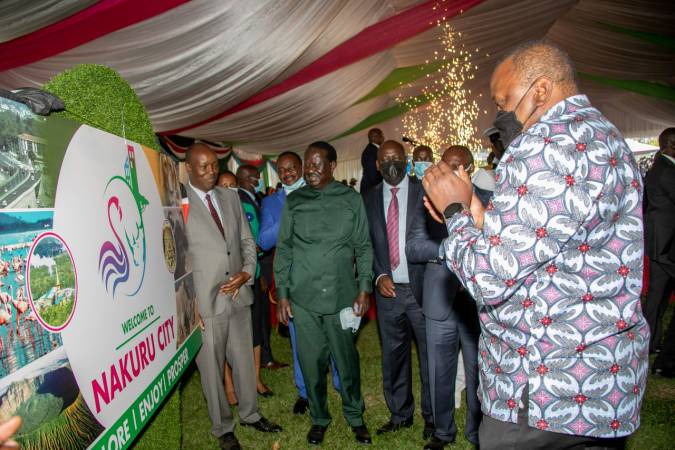 The Member of Parliament For Matunga Constituency in Kwale County Kassim Tandaza has stated that the former Prime Minister Raila Odinga will not have a smooth presidential contest following President Uhuru Kenyatta's yesterday remarks.

Speaking from Nakuru when he conferred the county as the fourth city, Kenyatta gave the clearest sign that he was drumming his support for the ODM leader's presidential bid.

In his remarks, Uhuru stated that leadership and elections is a marathon, not a sprint, downplaying his Deputy William Ruto's early campaigns, and seemingly rooting for Raila who started his campaigns few months ago.

In his interview with TV 47 on Thursday, Tandaza argued that Raila will be de-serviced following Uhuru's endorsement since the Jubilee government has a good number of projects that have stalled especially after the handshake, not forgetting the series of court orders the president had disobeyed and increase in living standards.

The Amani National Congress MP affirmed that his party leader Musalia Mudavadi will be on the ballot whether under OKA or in any other coalition, adding that the former Finance Minister can make a good president. 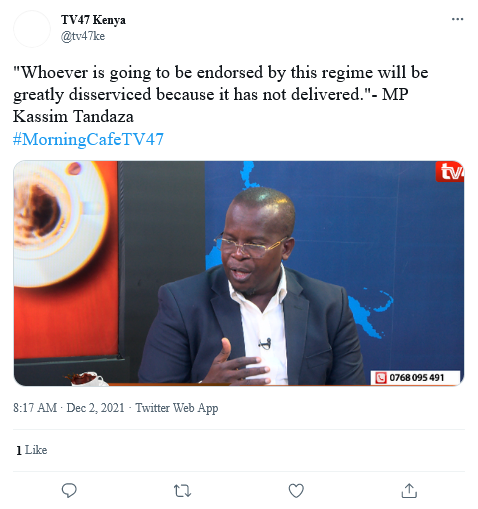