Triumphant Entry of Raila in Rutos' Backyard, No Degree for MCAs and Others in Today's Newspapers. 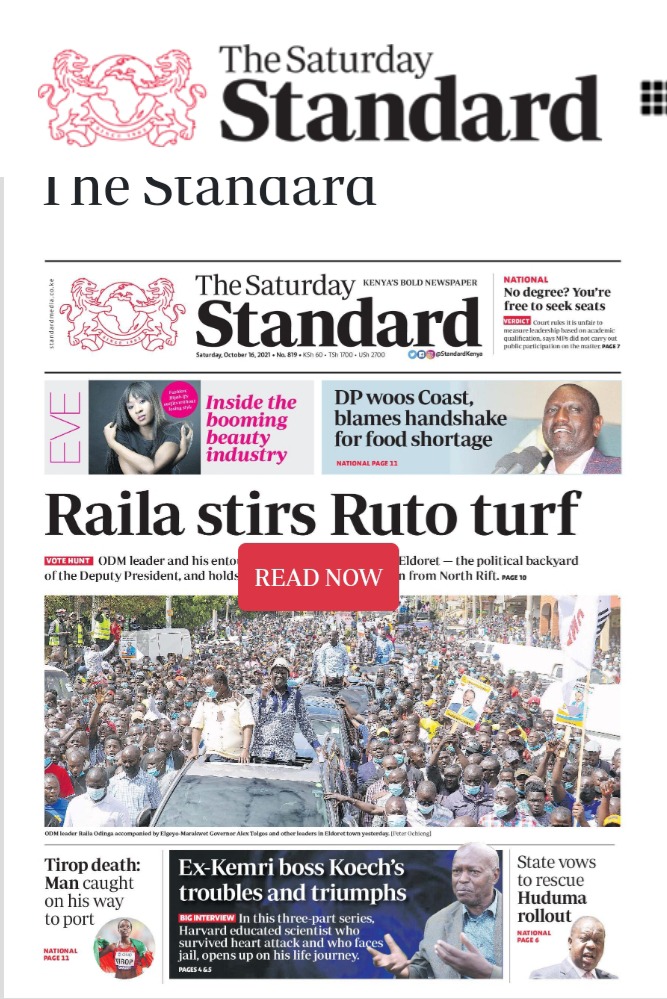 Standard:Grand welcome for Raila in Eldoret.Business came to a standstill in Eldoret yesterday as residents turned up in large numbers to welcome ODM leader Raila Odinga when made a grand entry into Deputy President William Ruto’s home town.

﻿Deputy President William Ruto yesterday ramped up his tour of the Coast, promising to prioritise agriculture and food production to help address food shortage in the country.

He accused Raila for causing food shortage after he derailled government program due to handshake. 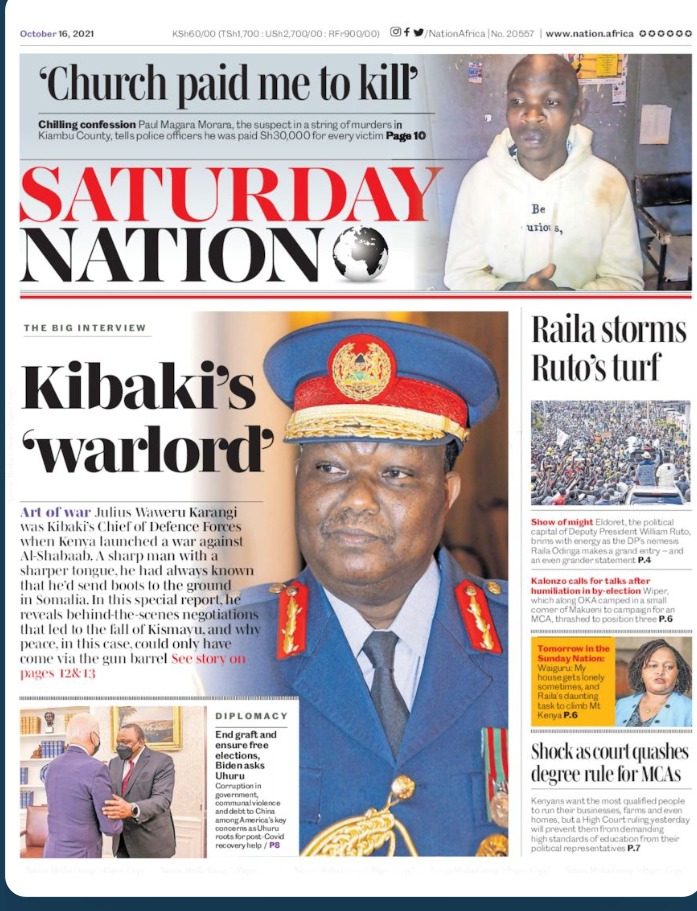 The main headlines talks of Julius Waweru who was Kibaki's chief of Defence Forces when Kibaki launched war against Alshabab. He was a sharp man with a sharp tongue,he had always known that he'd send boots to the ground in Somalia.

The High Court has annulled the provision in the Elections (Amendment) Act 2012 requiring those aspiring for election as MP and MCA to have degrees.

﻿Paul Magara Miranda , the suspect in a string of murder in Kiambu county alleges that church paid him sh.30,000 for every victim. 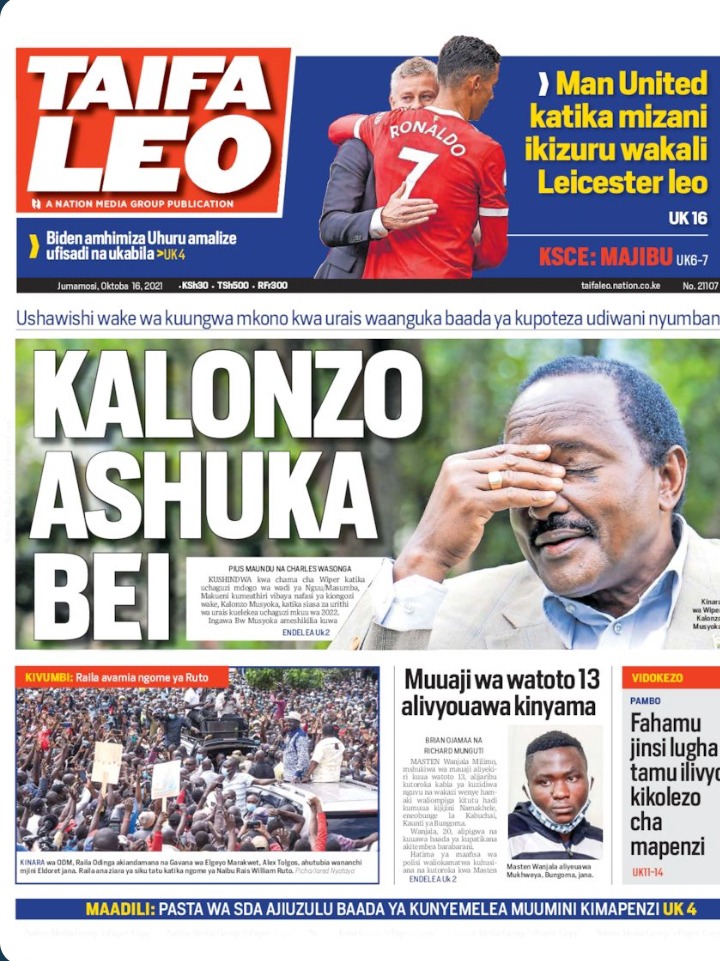 Kalonzo Musyoka popularity in Kenyan politics has diminished after his candidate lost Nguu/Masumba ward by Elections in an area perceived to be his stronghold.

Masten Wanjala, a blood thirsty was lynched yesterday by an angry mob. He confessed of having killed 13 children in a cold blood. 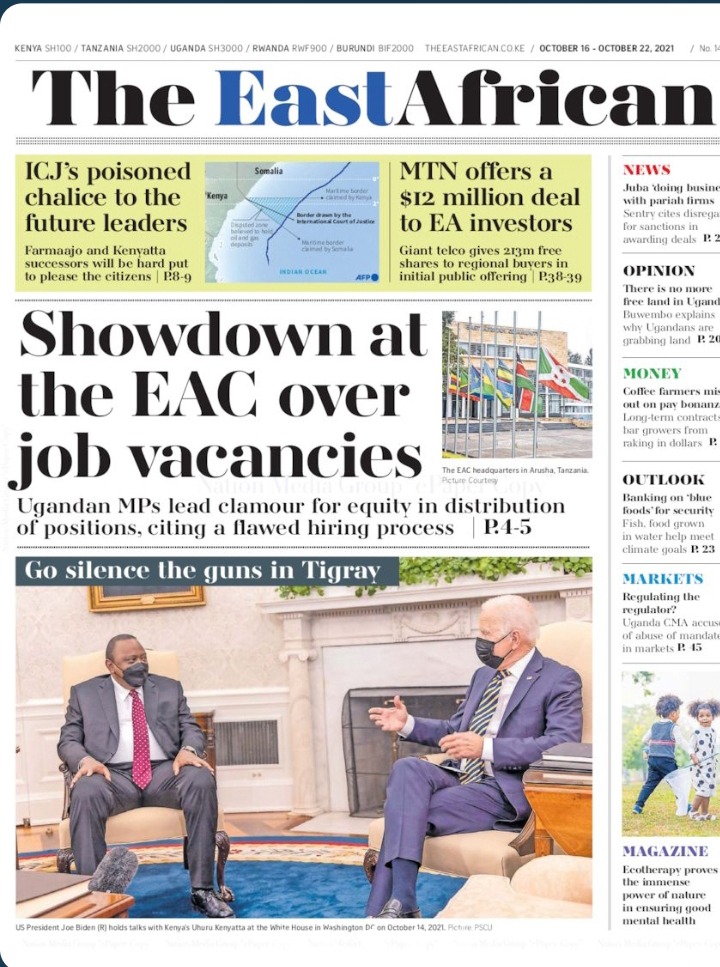 Showdown is expected at the East African Community over job vacancies.

Ugandan Mps claims they are underepresented and so they want equity in job distribution.