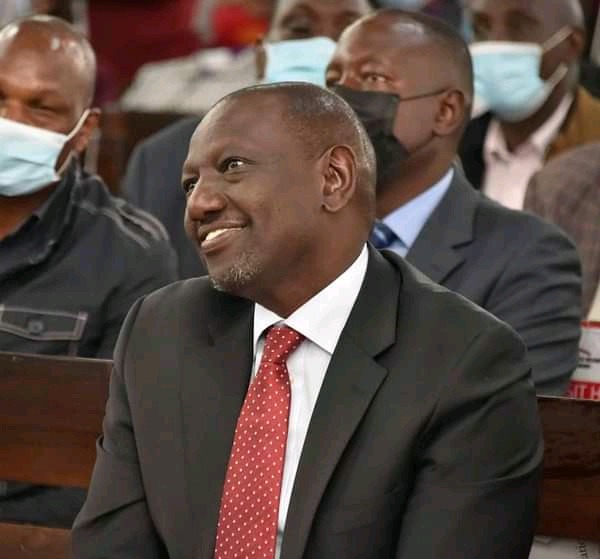 Recently, a section of leaders from the region accused the president of leaving the region behind over his fallout with Ruto and focusing on one region; the Luo Nyanza, whose leader Raila Odinga is a friend of his.

Kuttuny, however, has rubbished these claims, saying that all the planned projects are being implemented, with only those which Ruto's allied have interfered with in search of individual benefit being stopped.

He told The Star that some corrupt Ruto allies have infiltrated the projects in pursuit of kickbacks, and these are the ones that the government has been forced to discontinue.

"The only projects that have not taken off are those that were interfered with by pro-Tangatanga leaders who wanted kickbacks. The President means well for every part of this country," he told the paper on phone. 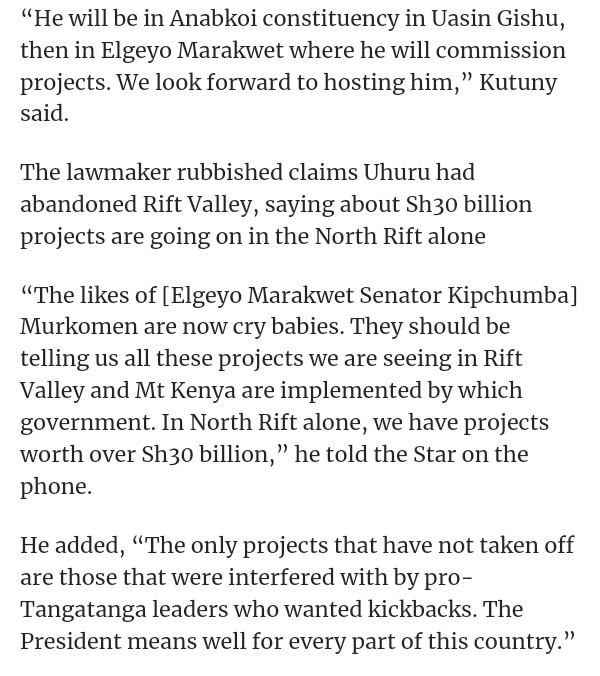 He said that projects worth Sh30 billion are already ongoing in the northern part of the region alone, demanding that those complaining explain which government has funded these projects.

For the Jubilee Party Deputy Secretary General, there is need to ignore some of the people complaining, stating that some are now becoming cry babies who don't deserve audience.

“The likes of [Elgeyo Marakwet Senator Kipchumba] Murkomen are now cry babies. They should be telling us all these projects we are seeing in Rift Valley and Mt Kenya are implemented by which government. In North Rift alone, we have projects worth over Sh30 billion," he is quoted.

Uhuru is next month expected to visit the region on a development tour, at a time when area leaders are turning hostile towards him over his apparent attacks on the DP and his planned 2022 presidential bid.

Among the counties he will be visiting, the paper was told, will be the DP's Uasin Gishu home county, where he is expected to inspect road projects and commission new ones.

Ruto Mocked, Told What Will be Happening if he Tries Leaving Kenya Without Uhuru's Permission