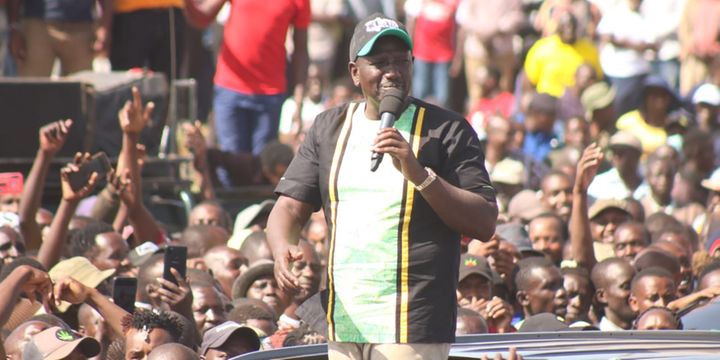 Jubilee Party Vice Chair David Murathe has opened up on what should be expected from President Uhuru Kenyatta in the event that his preffered successor Raila Odinga doesn't shine in the August polls.

Uhuru has already expressed his dislike for his deputy William Ruto and has even been heard warning Kenyans against electing him. Rather, he wants them to give their vote to the former Prime Minister.

This has raised concerns on whether he will hand over the instruments of power to Ruto in the event that he wins, with some Ruto allies demanding that he assures Kenyans that he will do it.

Murathe, a confidant of the President, has called for calm, saying that Uhuru doesn't plan on refusing to hand over power to Ruto and is ready to do it provided that the DP wins the election. 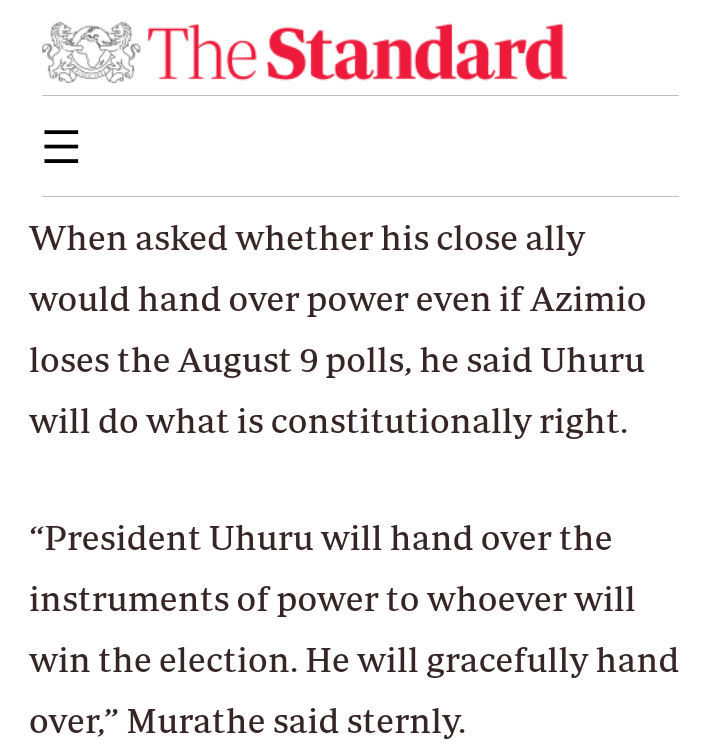 “President Uhuru will hand over the instruments of power to whoever will win the election. He will gracefully hand over,” the former Gatanga Member of Parliament is quoted by The Standard.

This comes as relieving news for the DP, whose allies have also been fearful that Uhuru might try to rig Raila in and scuttle his presidential bid. This has since been denied by ICT CS Joe Mucheru.

Uhuru and Ruto, who were the closest of buddies during their first term in office, have since fallen out, with Uhuru accusing Ruto of being power hungry, which has driven him into premature campaigns.

Ruto, on the other hand, is accusing Uhuru of elbowing him out of government and making Raila his new advisor.

They have offered me millions to quit Mathare parliamentary race

Atwoli Reveals What Will Happen To His Life If Ruto Wins August Polls, Ask Kenyans To Vote Raila