Wamuchomba Reconciles With This Murang'a MP Publicly, Sends a Bold Message to Kieleweke

By The_Updater (self meida writer) | 18 days 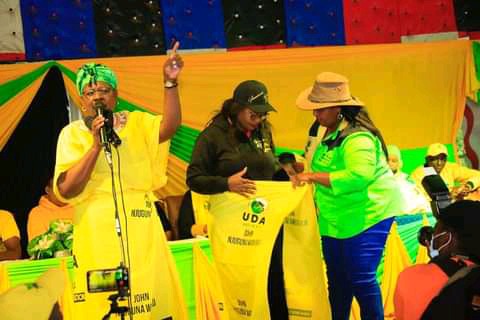 Politicians from the two camps have been exchanging bitter words some even going to a personal level. Some of these personal attacks have landed a number of leaders into trouble with the public.

Back in 2019, Kiambu women representative, Gathoni Wamuchomba made a tour to Kandara where she accompanied some Kieleweke politicians. 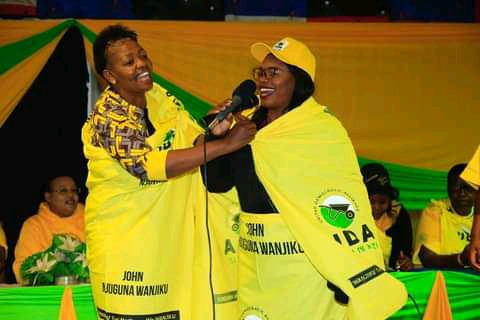 The politicians had joined former Kandara MP, Joshua Toro, for a Thanksgiving mass after he was appointed by president Uhuru in one of the ministries as an official. The event was at one of the ACK churches and was presided by pastor Karanu.

Wamuchomba attacked Alice Wahome accusing her of insults to the president. The congregants who had gathered for that event heckled and booed her forcing the pastor to intervene. 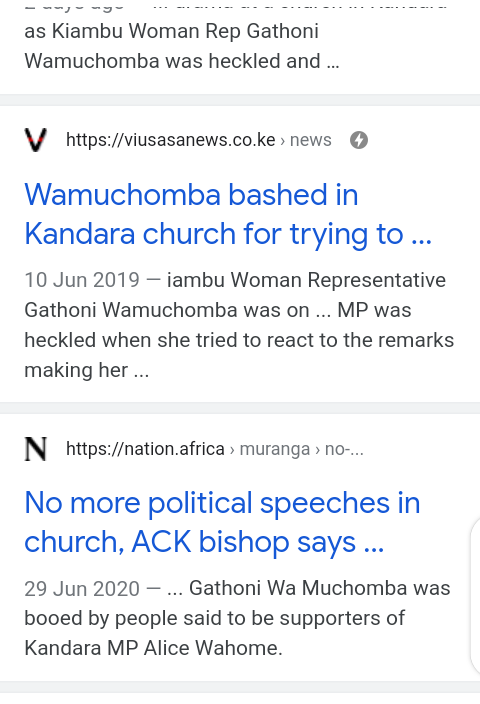 From that incident, the two legislators have not been seeing each other eye to eye. They have been great rivals.

However, the two lawmakers made a public reconciliation in Kiambaa during the UDA campaigns. They forgave each other and Wahome welcomed Gathoni to the hustlers team.

On her side, Wamuchomba sent a bold message to her former colleagues in Kieleweke. She told them that they should stop attacks on her for the decision to join Ruto's camp.

"Those people in Kieleweke am telling you to stop attacking me. Jealous will kill you. My decision was well informed and am not turning back. Our people want us in Ruto's camp," said the legislator.

She also promised the people of Kiambu that she will change her behavior to be a cool person. 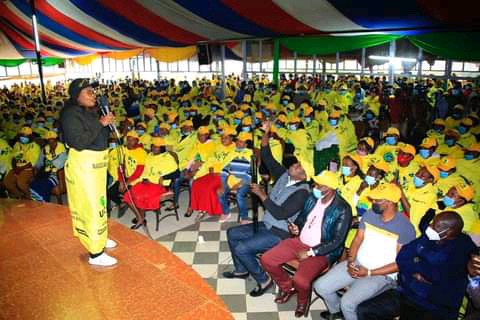 Big Blow To Ruto As His Mt.kenya Allies Were Set Aside In Meru Meeting For Discussion Of Unity

Empty Seats. Kieleweke MPS Humiliated In Meru After Residents Failed To Turn Up For Their Event.

Tangatanga Squad Reacts After Rally Organized by Top CS, Governor Marred by Walkout as Others Sleep

" You Risk Being Out of Government For 100 Years If You Vote For Ruto," Mount Kenya Region Warned

Maina Kamanda Reveals The Plan They Have Towards Raila's Presidential Bid