Baba Yao Finally Reveals the Reasons Why he Refused to Pay Ksh 30,000 Fine for his Son 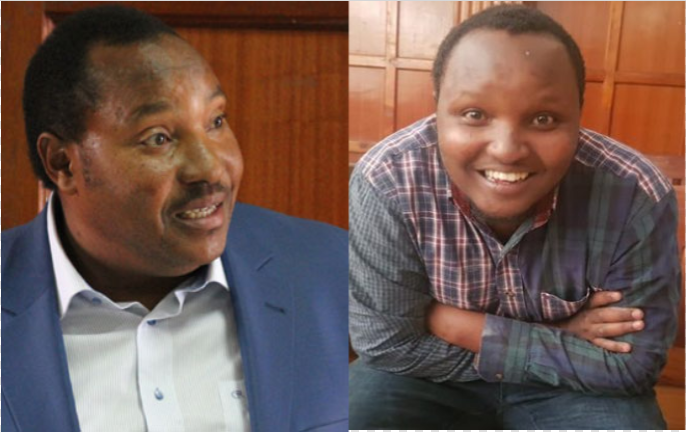 Former Kiambu county governor Ferdinand Waititu has finally broken silence on why he refused to pay Ksh 30,000 fine for his son Brian three weeks ago.

He says that he has always been against driving when one is drunk and hence he had to ensure that his son learnt a lesson the hard way. 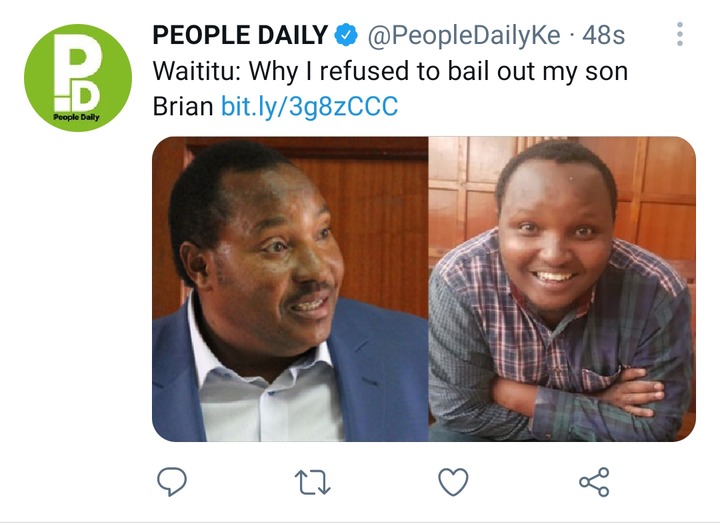 Speaking exclusively on the PD Online, Waititu now reveals that he refused to pick his son’s over 30 phone calls. He also instructed his family against bailing out their ‘defiant’ boy.

“My boy Brian called me over 30 times and, I refused to pick his calls. I have always warned him and all my family members against drunk driving,” said Ferdinand Waititu in an interview.

The former governor says that by bailing his son out, he would be promoting the offence that he had been involved in and that was not the best way to bring up his children.

He says that he even ordered his family to ensure that no one sent out any form of money to their son since they knew that he was in trouble for drunk driving.

According to Waititu, he would have wished that his son went to jail and he even regrets whoever gave him the phone to call his family and friends for money.

"The reason is Brian yao jnr had been having an habit of disappearing with some staff of babayao recently the source from the family told me babayao has been lamenting that his bottle had been disappearing mysteriously na akileta jaba anakuja kupata makaratasi za tembe .....and also last time Brian refused to support his father's idea to change the river from flowing south to new route which is north"Edwin

"You had stolen enough.....so whatever cash he used to bail himself out...is all your loot...."Raphael

"When man goes to your inbox and write he loves you, go to his timeline and write I love you too with a screenshot of his message.We are fixing this country for good to avoid heartbreak."Martin

"Woow they look again with the father though am in free mode 😊, he must be Mr Yao.....since he is a boy then he is a man and a male Kenyan whose father is also a man.Both of them divert rivers from buildings instead of demolition 😎 Bright students of Punjab Highschool of College University of the Indian."Peter

"I am not saying that Waititu is not Smart but there is a reason why women go for some qualities in a man esp for marriage as opposed to Wealth because most women are concerned about the children they will bring up and IQ. Sijaongea Vibaya."This

"I was seeing this picture and then my neighbour came and we see it together.He said that this picture changed his life and touched his heart.we lent a projector in a big field and all my villagers see it and it changed their lives too.we all are so grateful.thank you."Benson