Through his Twitter account, Khalawale Allegedly shared how he had come to learn about Politics from past experience, blasting those people whom he claimed don't learn from this history. He cited that on various occasions he vied against a candidate fronted by the Orange Democratic Party leader Raila Odinga, he always won over them.

He gave examples in the elections that were held in 2002, 2007, 2013. He said during these elections, he competed again ODM Candidate and won. He further claimed that in 2013, he opposed Raila's Presidency and won too. But in 2017, Khalwale claimed that he supported Raila Odinga's presidency but this time he lost.

This has been received with mixed reactions where some Kenyans Concurred with Khalwale citing that they knew it in 2017 that he was losing it after joining ODM. Others told him that the history he is sharing only applies to himself and not Raila Odinga. 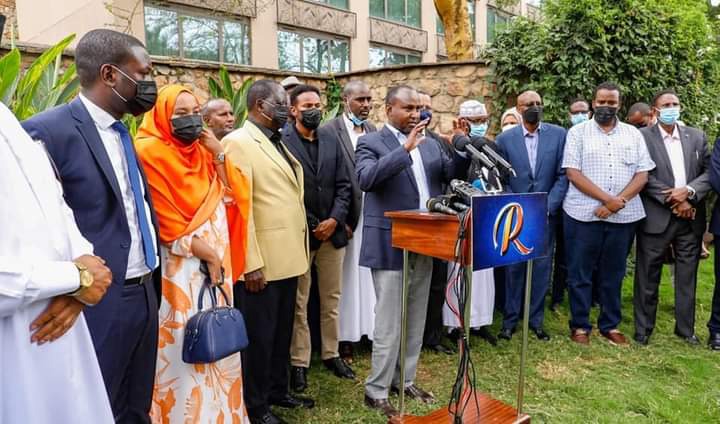 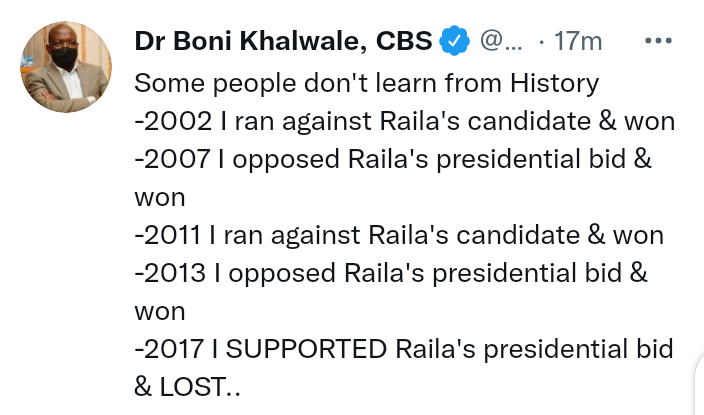