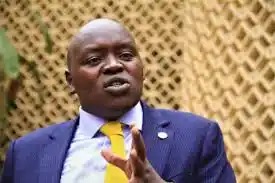 The Senator highlighted a statement made on Wednesday by Kenya Airways (KQ), in which the carrier denied being "state captured" as the Deputy President claimed.

Cherargei concurred with DP Gachagua's assertion that the institution has a leadership issue. 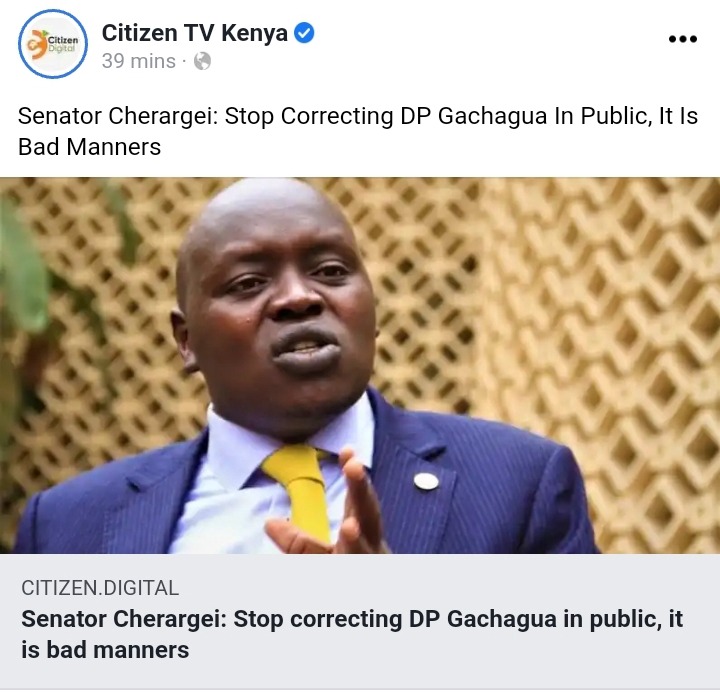 “Kenya kwanza manifesto of revamping KQ  highlighted leadership problems & high operational costs the govt should do institutional audit of KQ without Chair Michael Joseph & his team, Dp Gachagua was right state capture is real,” he wrote in a tweet.

The Nandi lawmaker also brought up a situation in which the Central Bank of Kenya (CBK) refuted DP Gachagua's assertion that there weren't enough foreign exchange reserves in the nation. 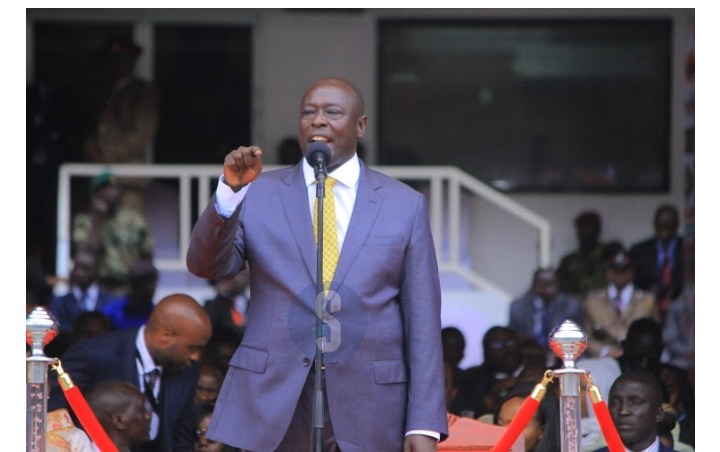 “State agencies stop correcting DP in public! It is bad manners & insubordination towards the presidency. From Central Bank of Kenya, Director of Criminal Investigation to now KQ,” Cherargei added.

Following a Sunday interview on Citizen TV, the institutions in both cases issued statements correcting the Deputy President.

The Deputy President commented on Kenya Airways' losses, saying, "We have had meetings with Kenya Airways, and they have the highest tickets on the continent, and their planes are constantly full, but they make losses. In order to lower the cost of the airline's operations and enable them to turn a profit, we are attempting to address the State capture.

The majority shareholder of KQ, according to the airline's chairman Michael Joseph, is the Kenyan government. KQ is a publicly traded company.

In addition, KQ Board and Management had been working with the lessors to lower the overall costs of aircraft lease rents, therefore Joseph refuted charges that they were paying over market rate rates for services provided to the airline.

According to CBK DP Gachagua, the country doesn't have adequate foreign exchange reserves to buy oil.

“We have lacked foreign exchange, even yesterday there was no enough forex at Central Bank to buy oil from foreign countries," he said.

The bank would later correct the statement, saying; "CBK does not supply foreign exchange for transactions other than for the National Government (i.e., government's own imports or debt service payments) or CBK's operations. Oil importers, therefore, obtain their requisite foreign exchange from the commercial banks and not CBK.”