By News_pointer1 (self media writer) | 7 months ago 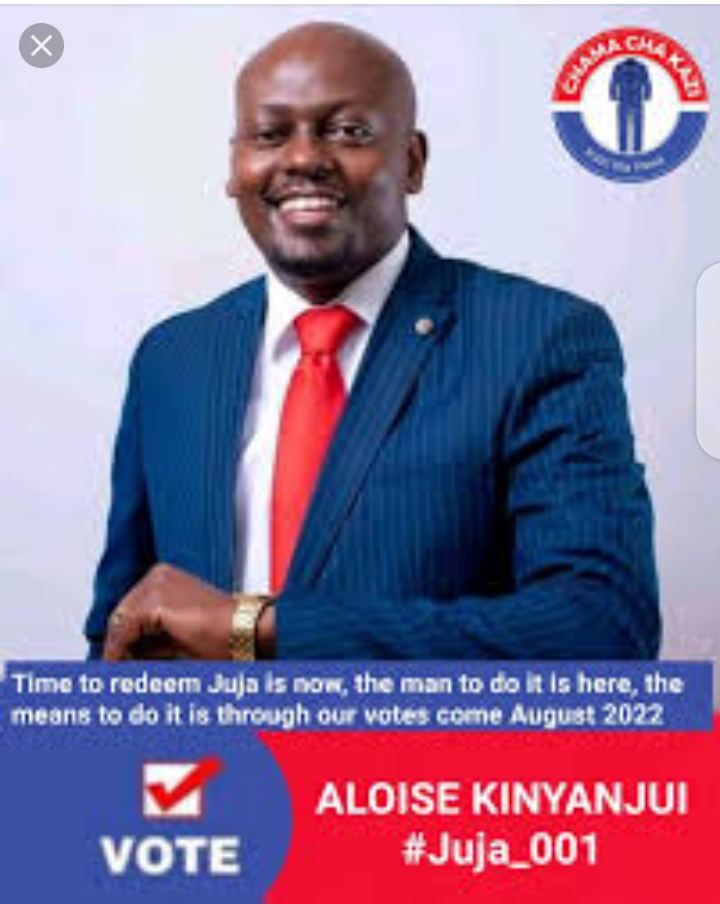 On Sunday, April 17, Kinyajui was given the ticket and will face George Koimburi, a former friend of his brother's who won the UDA nominations in Juja.

Moses Kuria, who backed him in the Juja by-election last year as a member of the People's Empowerment Party (PEP), helped bring his main rival, Koimburi, into politics.

Koimburi parted with the Gatundu South MP once PEP was taken over, forcing the Juja MP to join UDA.

In the past, Aloise and Koimburi had a political spat over the incumbent's development record, which included managing a public toilet.

Kinyanjui waged a low-key campaign for the Juja post in January 2022, but his candidacy has now been confirmed by the Jubilee ticket.

Before retiring to run for government, Aloise served as an investigator for the Directorate of Criminal Investigations (DCI).

Meanwhile, another Kuria brother, Joel Ngigi Kuria, is the Kiambu County Chief Officer of Agriculture and is running for Kiambu Governor James Nyoro on the Jubilee ticket. Moses Kuria is running against Nyoro on a Chama Cha Kazi ticket.

President Uhuru Kenyatta is a recognized supporter of Ngigi, who has contributed his support to the Building Bridges Initiative (BBI).

During the Jubilee Party nominations, David Gakuyo was also chosen to run for the Thika Town Parliamentary seat.

Alice Ng'ang'a, a former MP who won a straight United Democratic Alliance (UDA) party ticket, will face up against Gakuyo for the position.

Content created and supplied by: News_pointer1 (via Opera News )