Four things have happened this week that have put Ruto's administration which is barely 50 days in Office to great test.

First, the strike by Kenya airways pilots who are now demanding for more pay has paralysed air travel throughout the country.

According to transport Cabinet secretary Kipchumba murkomen, the move by the pilots amounts to economic sabotage.

Two, the ravaging drought in some areas of the country that has put over4.5 million people in danger of starvation.

The president and his deputy Rigathi Gachagwa have been forced to dispatch the cabinet secretaries to the affected areas to assist in distributing of food.

Three, the international monetary fund officials from the US held talks with the president.

The officials gave tough conditions to be fulfilled by Ruto administration before any credit is advanced.

And finally, the high rate of inflation brought about by high cost of fuel has made it difficult for the president to honour his promise of lowering commodity Prices.

This is happening at a time when the rejuvenated opposition is putting pressure on the Kenya kwanza administration tofulfil it's promises which were made prior to the august 9 general election.

It's baptism of fire for the new president as multiple crisis hit the country very hard.

In another story, the ethics and anti-corruption commission has tightened it's noose around the suspects including Jirongo in the controversial sale of prime land with the EACC training it's guns on a south Sudanese businessman. 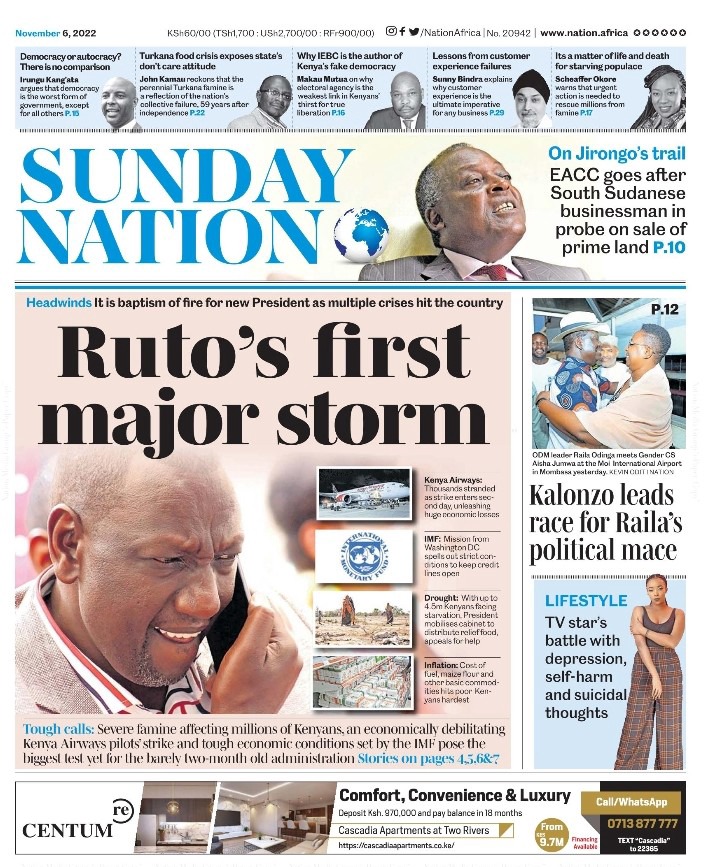 As the standoff between the Kenya airways pilots and the management continues, top officials have ordered the defiant pilots to return to work by today. It now remains to be seen whether the pilots will heed the directive. 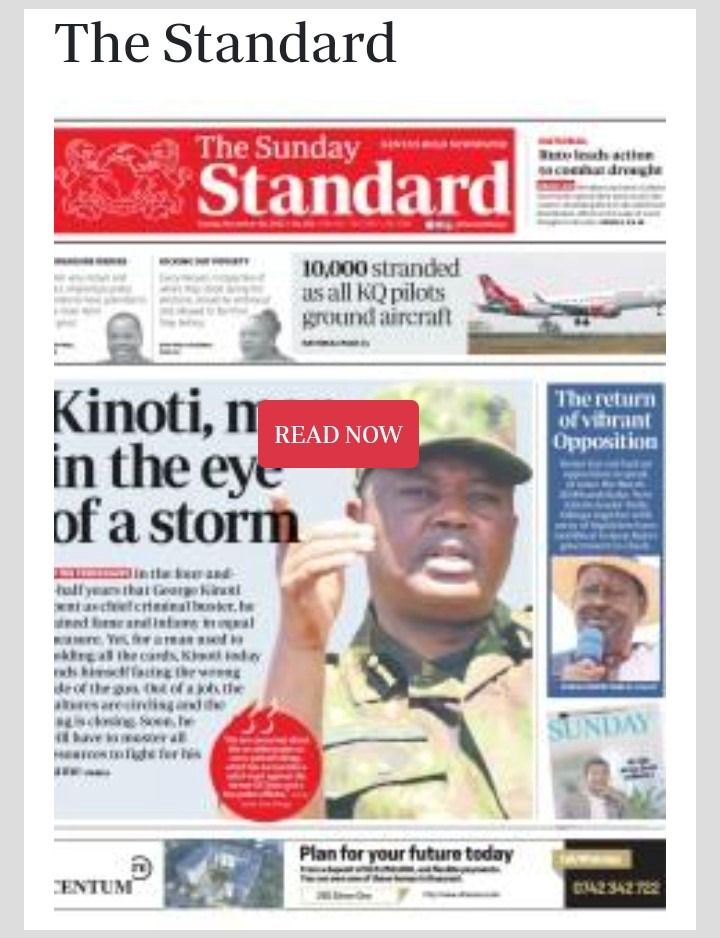 Wiper leader Kalonzo Musyoka is at the forefront as the race to inherit veteran opposition leader Raila Odinga takes Shape.

According to Kalonzo's close lieutenants, the former vice president is set to tour various places perceived to be Raila Odinga's traditional backyards including nyanza and western to porpularise himself ahead of 2027. 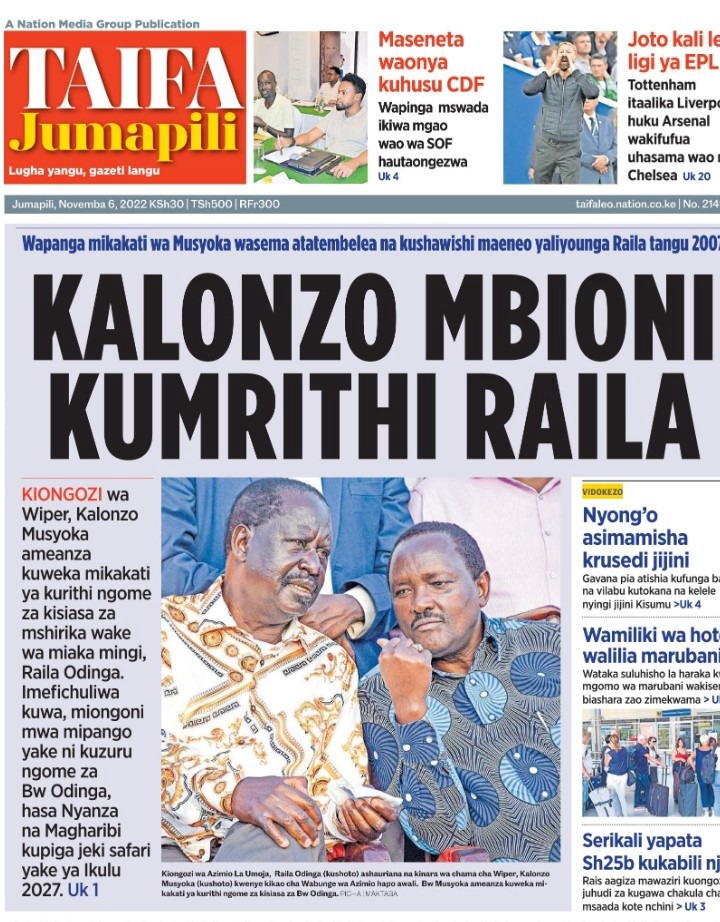 And in sports, the defending champions of English premier league Manchester city trounced arsenal from the top position after their victory against Fulham that gave them all the three important Points.

However, arsenal may reclaim their position if they beat their London rivals Chelsea today. Below is the table standing after yesterday's matches. 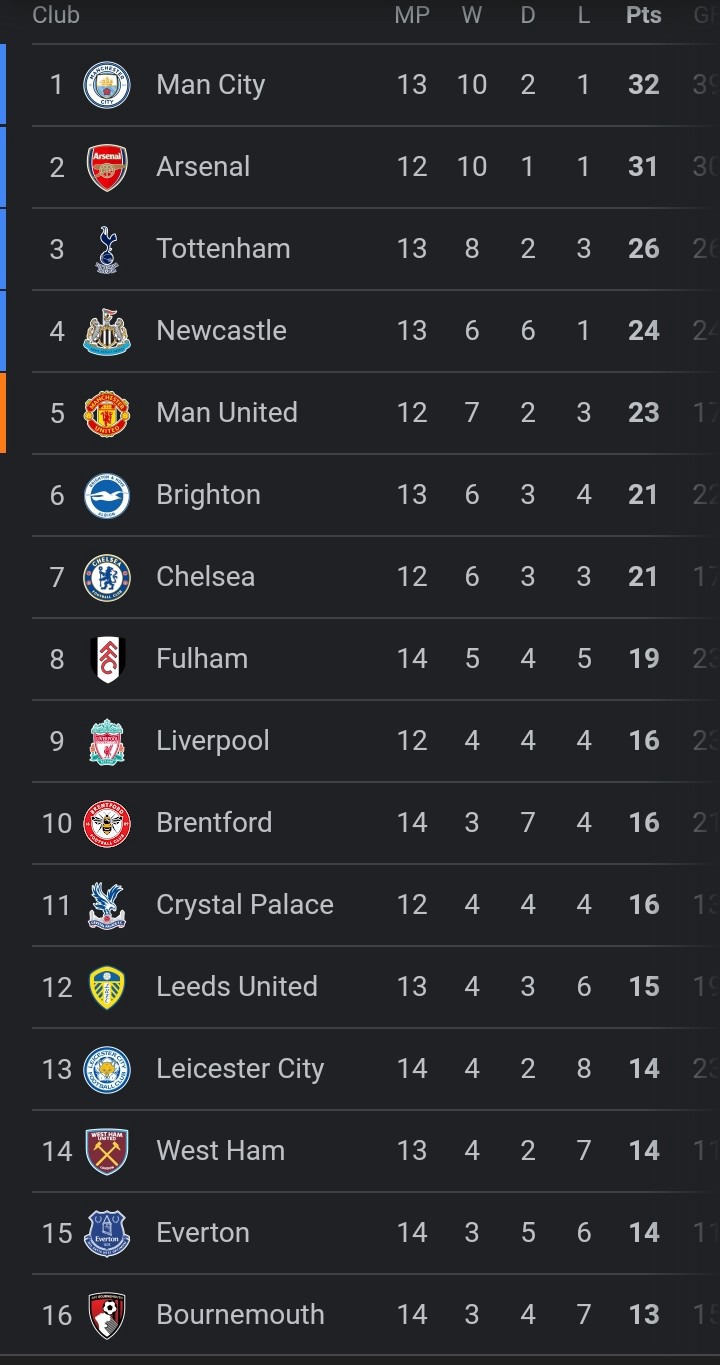