By MaangiJob_Ke (self meida writer) | 11 days 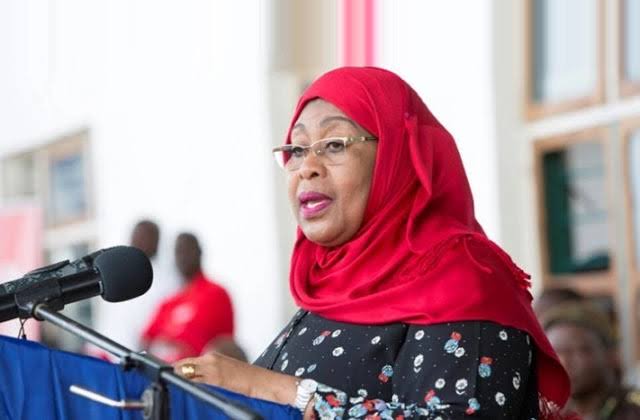 Manyara regional ethics and anti-corruption commission arrested Mutalemwa Kishenyi who is serving as the regional public prosecutor over corruption charges.

Kishenyi was arrested by PCCB officers on 23/04/2021 night after receiving a sum of five million shillings from the suspects of the Criminal Offenses.

The suspects were arrested during a search by state authorities where they were found with 370 rounds of ammunition worth $6 Billion.

"In a shocking turn of events, we received a letter from Mulokozi stating that he was in business and could not reach the PCCB. With this public statement I urge Mulokozi to reach the PCCB 25/04/2021 as we directed in the summons as assistance in investigations in state agencies is a legal obligation and not voluntary," Manyara ethics anticorruption head stated.

Tundu Lissu posted on twitter that the arrested suspect was among the leaders who Magufuli used to humiliate the opposition.

"What goes around comes around! As senior government prosecutor, Mutalemwa Kishenyi was one of the key architects of the Magufuli ‘lawfare’ (legal warfare) against CHADEMA leaders and members, socia media and civil society activists and mafia-style shakedown of the private sector, " Tundu Lissu remarked. 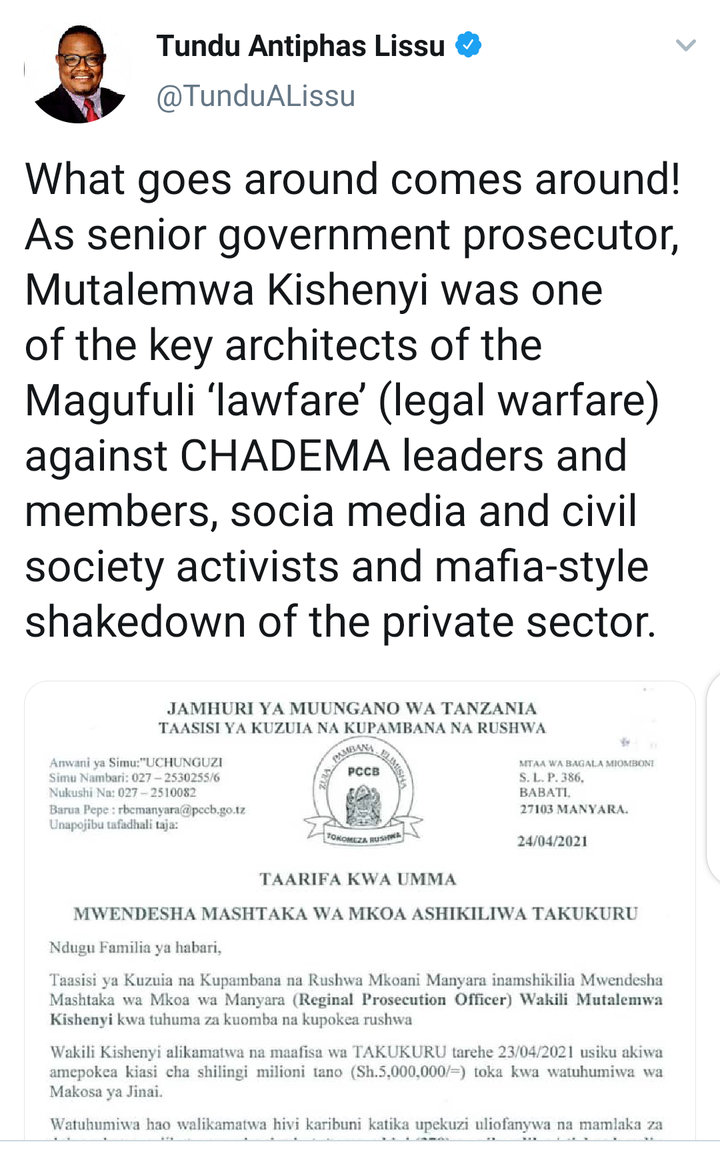