By KDCnews (self media writer) | 2 months ago 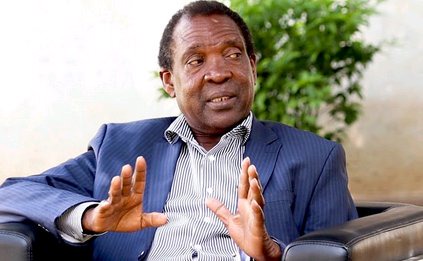 Political Analyst Herman Manyora opines that the Azimio La Umoja One Kenya Alliance can remain united after losing the August 9th presidential elections, and end up assembling a strong team that will give President William Ruto a run for his money if he seeks his re-election in 2027.

It is expected that Ruto will be eyeing a second term same move which has been pulled by his predecessors, who have had to say they 'need more time to complete the projects they had started.'

In his view, Manyora says it might be a hard task to unseat a one term president, insisting that Ruto is a go-getter and a smart politician who needs a strong and united rival team, although he argues chances of defeating Ruto in 2027 remains minimal.

The University of Nairobi lecturer went on to say that if Raila retires from active politics following his fifth unsuccessful attempt to the presidency, he should front the Ukambani kingpin and Wiper party leader Kalonzo Musyoka.﻿ 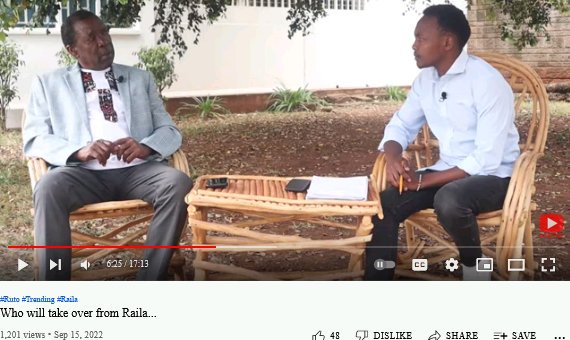 "If things were to work naturally in the political space, then Kalonzo should be the one to be fronted in 2027 by the Azimio La Umoja One Kenya Alliance team led by Raila. If that time comes, it would be unfair for Raila to put his hands on another person other than Kalonzo," said Manyora.

The political observer however went on to allege that Kalonzo will have himself to blame if he expects Raila to support him that easy, saying 'he should go for it, make friends across the political divide and have firm opinions on different issues.

"Kalonzo should show his team that he can be supported for the top seat in 2027, that way he will start earning their trust way before the polls."

Listen to him, from minute 11.

Content created and supplied by: KDCnews (via Opera News )