Following the announcement by four commissioners of the Independent Electoral and Boundaries Commission that the results of the presidential election were tainted by irregularities, the newly elected Member of Parliament for the Township of Garrisa, Hon. Aden Duale has responded. The irregularities in question occurred primarily during the final stages of the tallying process. 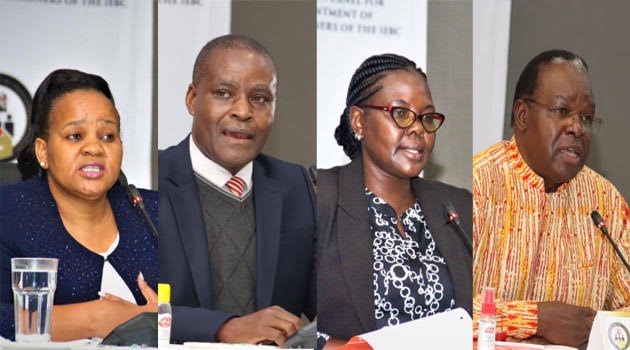 On social media, the former head of the majority party in the National Assembly indicated that the decision of the four IEBC commissioners to abstain from announcing the results of the presidential election did not influence William Ruto's ability to assume the office of the president. 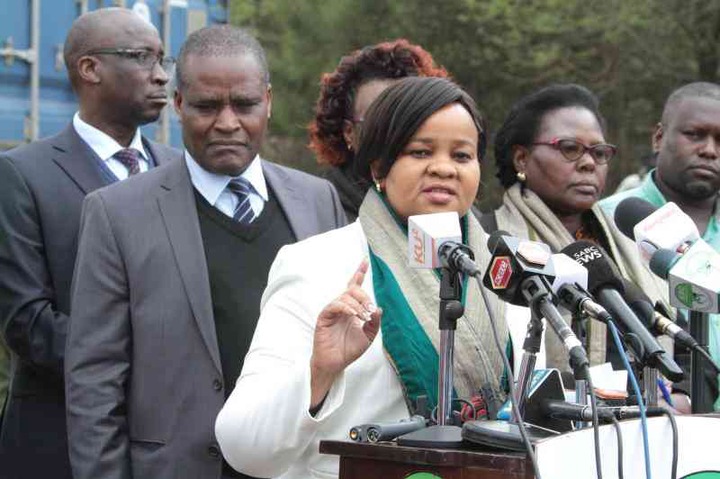 According to Duale, the only individual authorized by the Constitution in article 138(10)(a) to proclaim the victor of the presidential election seven days after the election is the chairwoman of the Independent Electoral and Boundaries Commission (IEBC). 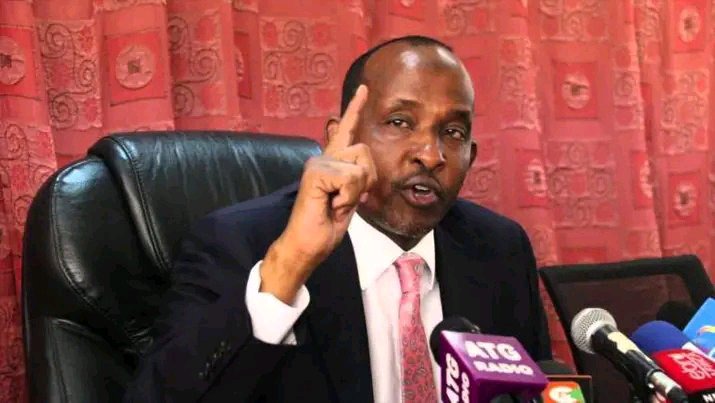 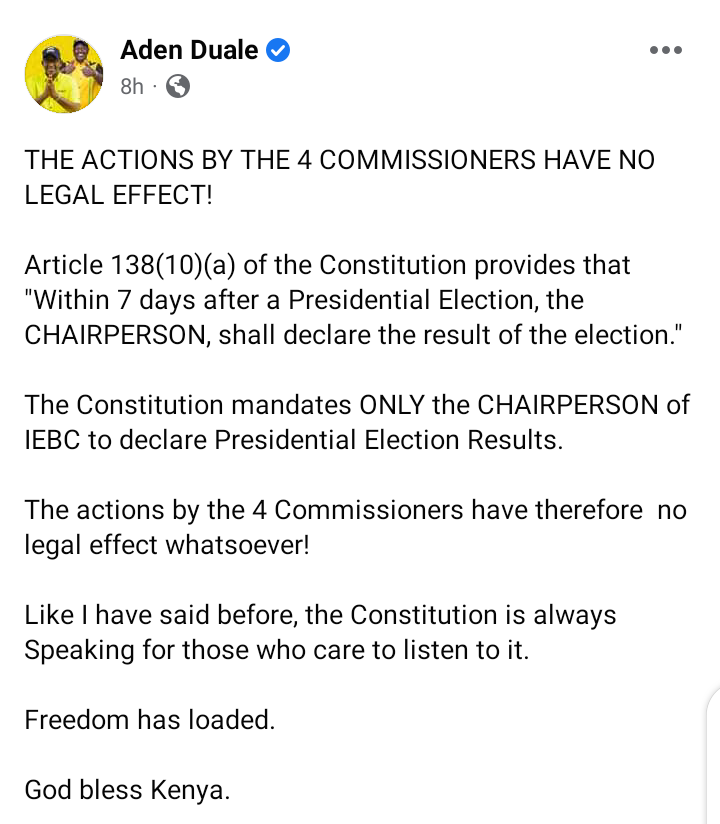 During the release of the results, the head of the IEBC, Wafula Chebukati, revealed that some of the commission members had been told while others had not. Having said that, he was the one who delivered the presidential address to the nation.