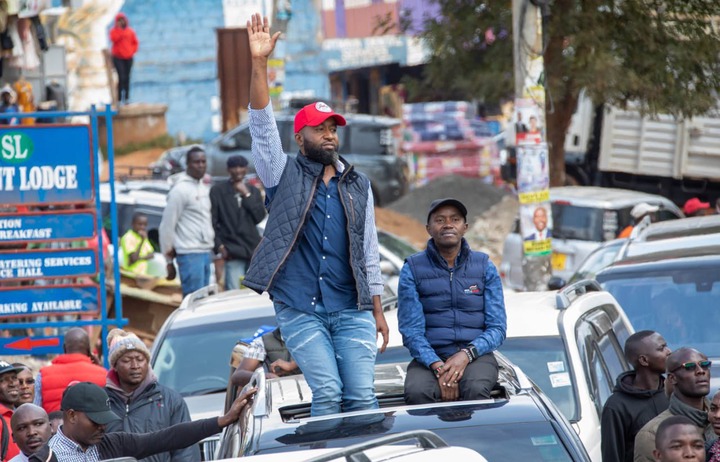 One of the top government officials in Uhuru's circle, CS Joe Mucheru, has been spotted at Azimio La Umoja One Kenya Coalition rally led by the coalition's flag-bearer Raila Odinga.

That is in vote-rich Mount Kenya Region, Mukurweini where Raila Odinga has been accompanied by his running mate Martha Karua among other key figures in Azimio coming from the region.

As it was known to be a political rally and not government project or anything related to the current government, top officials like the ICT CS Joe Mucheru was the least expected.

However, he is one of the people who have already declared their political stands despite serving in a top government office.

And today, in some of the photos shared online by the Suna East MP Junet Mohamed, ICT CS has been spotted sitting on the same car alongside the Mombasa County Governor Ali Hassan Joho during the rally. 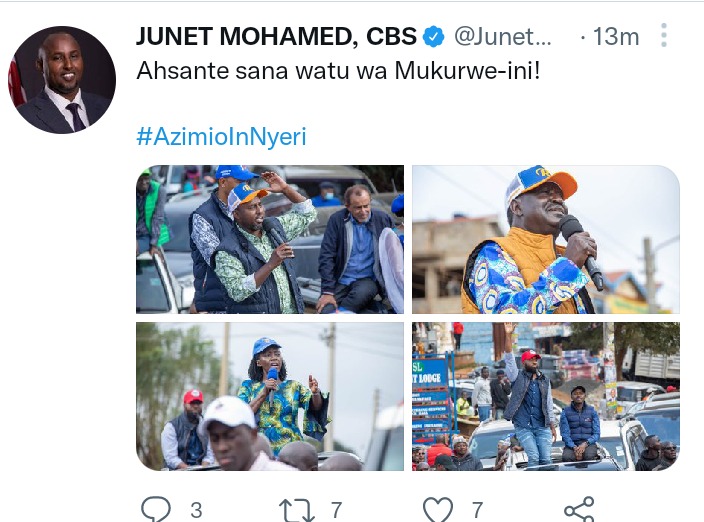