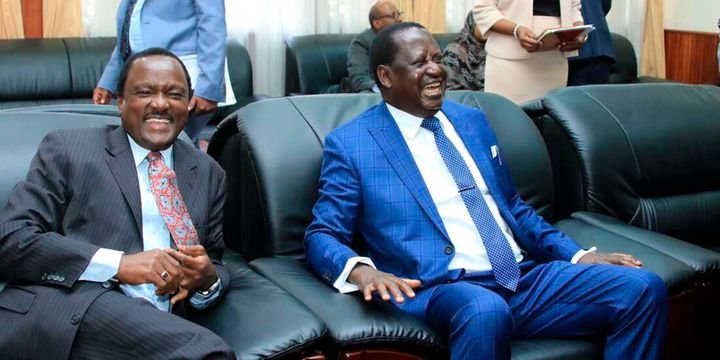 Wiper leader Kalonzo Musyoka has revealed why he abandoned his own presidential bid to support that of Azimio La Umoja presidential candidate Raila Odinga.

Kalonzo had earlier announced his own candidacy for the very same August poll, and even went as far as naming his running mate for the awaited contest.

This was after Raila, who he has been with since 2013, failed to name him his running mate, and went for Nark Kenya leader Martha Karua instead.

He now says that he was forced to run back to Raila after realizing that the former Premier's path to State House is finally clear and nothing can stop him.

Kalonzo adds that it dawned on him that Raila will be the next President, and he was not ready to be left out of the team set to lead Kenyans after August. 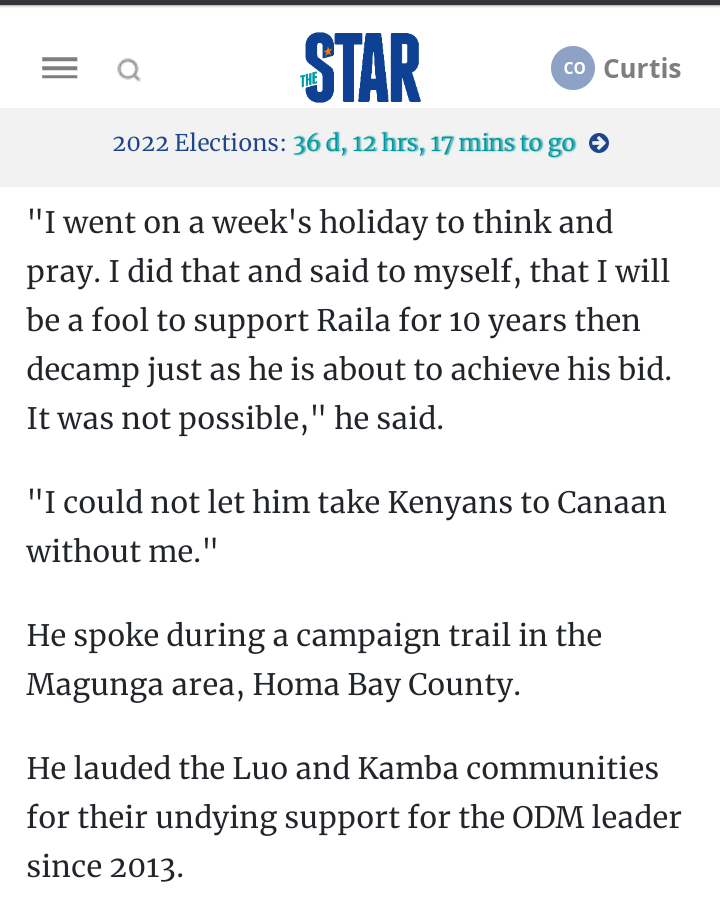 "I went on a week's holiday to think and pray. I did that and said to myself, that I will be a fool to support Raila for 10 years then decamp just as he is about to achieve his bid. It was not possible," the former Vice President is quoted by The Star.

He made the remarks while attending one of Raila's campaign rallies in Magunga, Homa Bay County.

The leader said that there is no way he was going to abandon Raila just when he is about to be President, vowing not to sleep until Azimio secures the seat.

"I could not let him take Kenyans to Canaan without me," added the leader, who had months earlier said that he will be the biggest fool to support Raila for the third time, after backing his 2013 and 2017 bids.

He is set to be appointed Chief Cabinet Secretary should Raila form the next government.

Details Of Ruto's Phone Call To Raila Before Chebukati's Announcement

Moses Wetangula Says That Dr Miguna Will Soon Have His Right To Travel Back To Kenya.

Raila's Journey Teaches Us That No Matter How Hard We Try, Some Things Are Just Never Meant To Be

After naming Ruto the Fifth President, Wafula Chebukati Explains His Next Step.