By Politicalmirror (self meida writer) | 4 days

Jubilee party is one of the well known political parties in the country. It is the current ruling party in Kenya and it is under the leadership of president Uhuru Kenyatta and his deputy hon William Ruto. It was formed after unity between TNA and URP party. 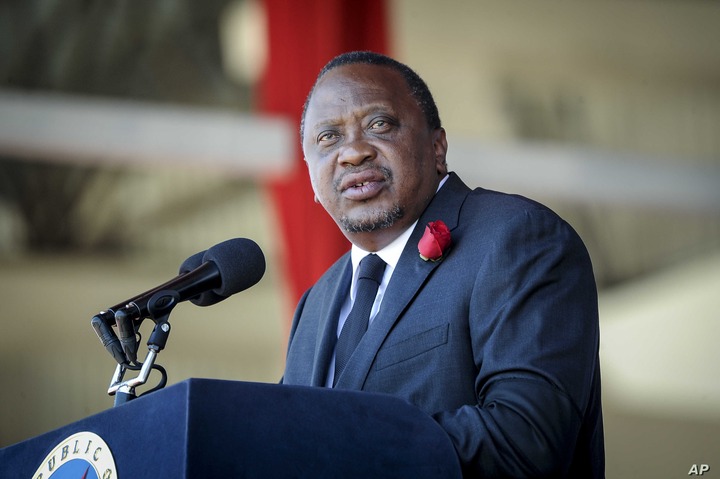 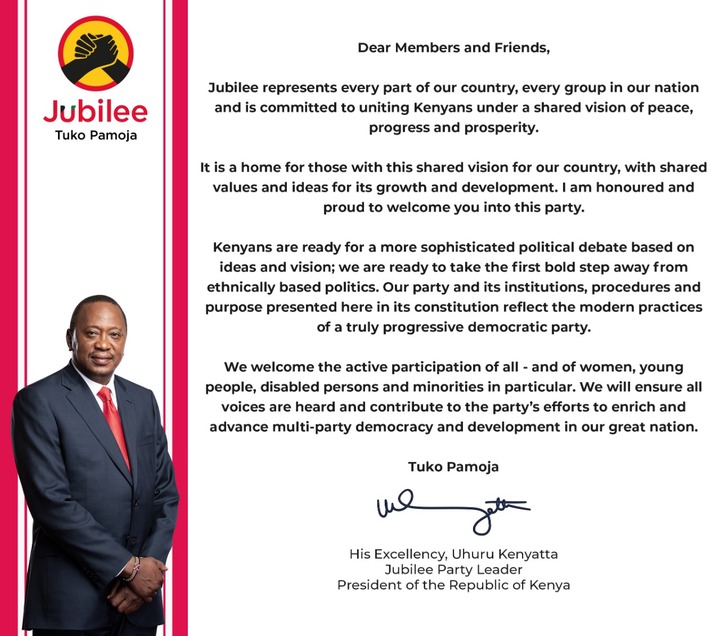 On this letter, president Uhuru Kenyatta tried to explain the goals of Jubilee party to its members. First of all, the head of state said that the Jubilee party is a party meant at bringing unity in the country. He went ahead to say that this party is a home of those individuals with development ideas.

Secondly, the head of state said that Jubilee party is a democratic party which follows all the constitutional procedures on its all activities. He concluded by welcoming everybody to this party.

This statement by Uhuru Kenyatta according to many people is opposite to what is now happening in the party. We have witnessed some Politicians allied to one side of the party being axed from the party due to their divergent ideas. We have also witnessed some complains from party members who says that the party has never called them for a political discussion with party leader opposite to what Uhuru said concerning the issue of having sophisticated political debate.