Recent Poll: Majority Kenyans Are Asking Raila To Step Down in 2022 Presidential Race And Do This

In a recently conducted poll by fastest growing media company, TUKO.co.ke, it has emerged that majority of Kenyans are asking former prime minister and ODM leader Raila Odinga to step down in the race for top seat in 2022.

The poll revealed that most kenyans were urging Raila Odinga to just quit the top race politics after they joined up with president Uhuru Kenyatta and formed the Handshake coalition which soon breed the BBI constitutional amendment. 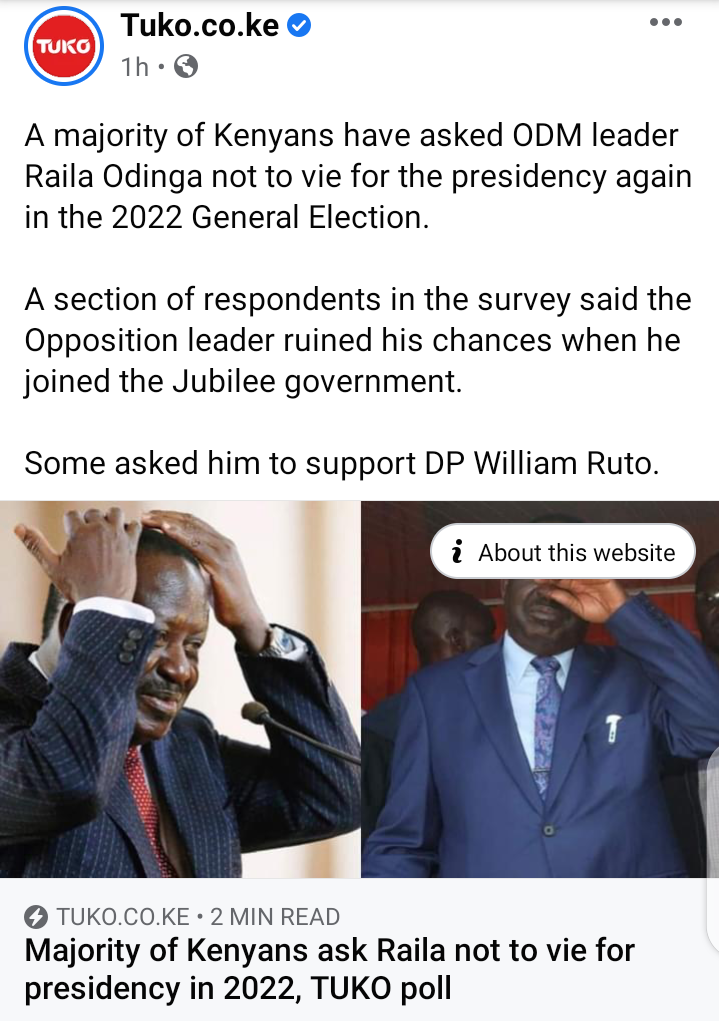 Kenyans observed that Raila Odinga had ruined the whole presidential race plan after he messed up with Jubilee party. With some Kenyans claiming that Raila's political powers have continually weakened after he seemingly became unprecedented friends with president Uhuru Kenyatta. ODM blogger Robert Alai has even claimed that the whole thing was just to contain him as well as weaken Raila's political wave.

Some Kenyans have advised ODM leader to instead support Dp Ruto in his race for top seat. This follows after Raila Odinga had hinted that his presidential bid would depend on Kenyans. 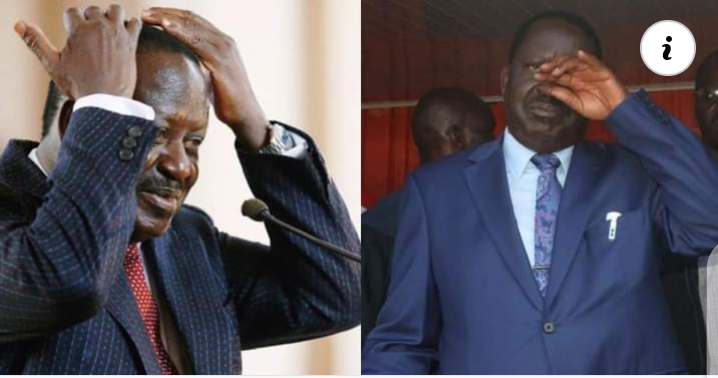