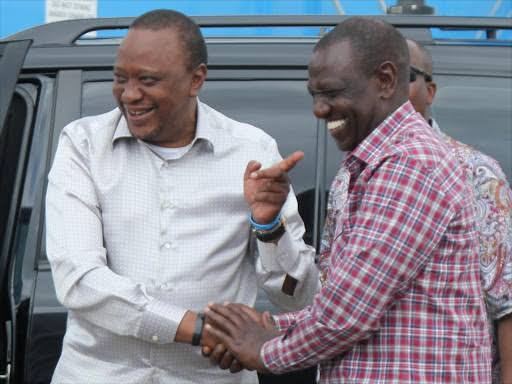 Bishop Joseph Obanyi of the Catholic Diocese of Kakamega has said that the church attempted to reconcile President Uhuru Kenyatta and his deputy, William Ruto.

Obanyi stated that the clergy group had been unsuccessful in their attempts to bring the two leaders together.

Some of us attempted to communicate with them and even demonstrate our devotion to helping them reconnect, but it appears their conscience was unwilling," the bishop said.

Obanyi stated that although the two leaders have fallen out of favor, it is unethical for them to engage in a public platform.

"It is not appropriate for them to publicly disparage the Kenyans who voted for them," he added.

Reverend Canon Sammy Wainaina, provost of All Saints Cathedral, denounced the recent exchange of words, stating that it could cause political tension 35 days before the August 9 presidential election.

"As elected officials, you forfeit some of your freedom of speech when addressing the public. You are not suppose to utter some words," Wainaina stated. 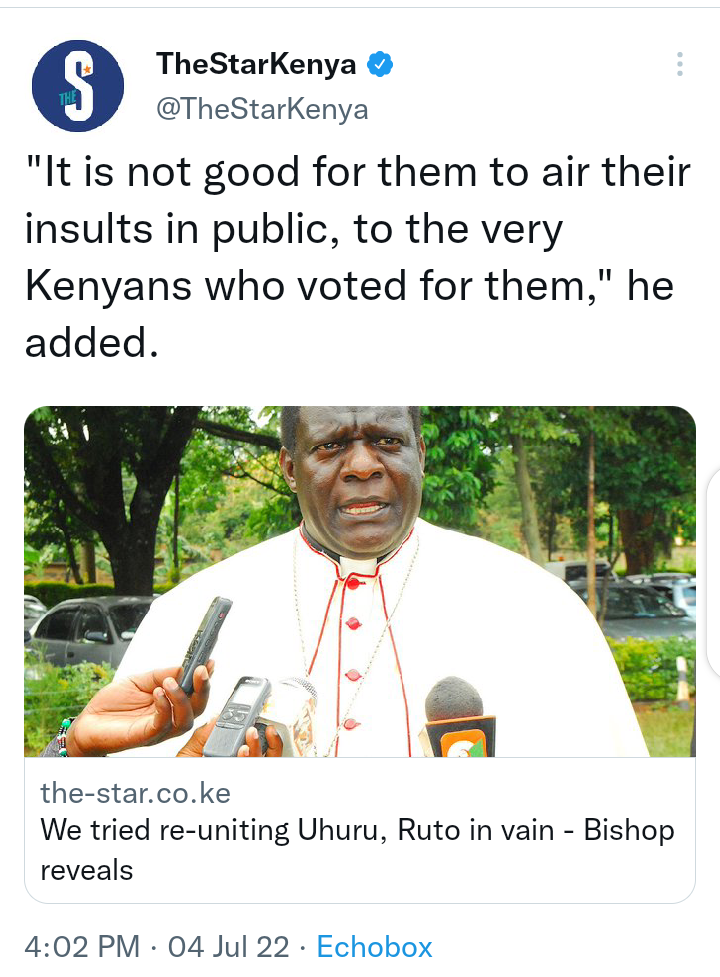 During the celebration of the 100th International Co-operatives Day on Saturday, Uhuru lashed out at his Deputy, stating that he had eight years to carry out the majority of the development pledges he is releasing now.

Ruto commented on the statements on Sunday in Meru, stating that the President is aware of his ability to govern Kenya effectively.

He responded to the criticism by stating that he did his utmost to implement various development projects before he was forced out of office,by the President himself and the handahek.