By Dot_KE_News (self media writer) | 1 month ago 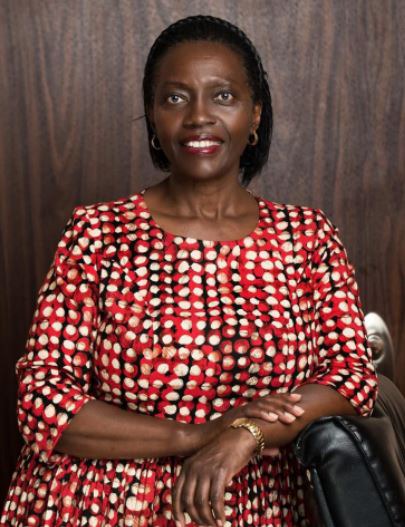 ODM Chief Raila Odinga is a man who has been in politics for as long as it takes. He is credited for serving as Lang'ata and Kibera MP back then fighting for the fall of the one-party state and vouching for the adoption of the new constitution. This year, Raila will be trying his 5th shot at the presidency after 4 unsuccessful attempts in the past.

One constant determining factor in the upcoming election is the Mt. Kenya region. Raila has gone ahead to play the cards safe by picking Martha Karua as his running mate. This is a historical moment because it may be the first time when Kenya as a nation will have its first female vice president.

However, according to lawyer Donald Kipkorir, Kenya has the chance of having the first female president whom he has revealed as Martha Karua.

"Kirinyaga is the cradle of Kikuyu Nation .. Raila Odinga has given Kirinyaga a unique chance to give Kenya its first woman Deputy President & its next first woman President. Don’t be blinded by false propaganda to lose this only chance". 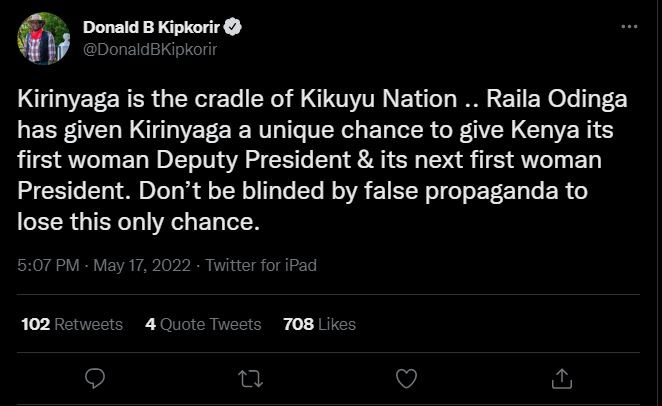 As per where things stand, do you think Kenya is ready for a first female president?

Content created and supplied by: Dot_KE_News (via Opera News )

Popular MP Under Siege as Marriage Woes Come Back to Haunt Him, Rival Demonizes Him to Voters

Ruto Believes In Himself Too Much, He Doesn't Share An Opinion With Anyone- Former UDA Vice Chair.

Fresh Details On Who Is To Blame For High Cost Of Living And Failed Economy, Kindiki And Junet Speak

What You Should Know Before Buying The Right Skincare

Opinion Poll Results: Azimio Has 49% Kenya Kwanza Has 31% And Undecided Voters Stands At 20%