By Thegoat (self media writer) | 11 months ago 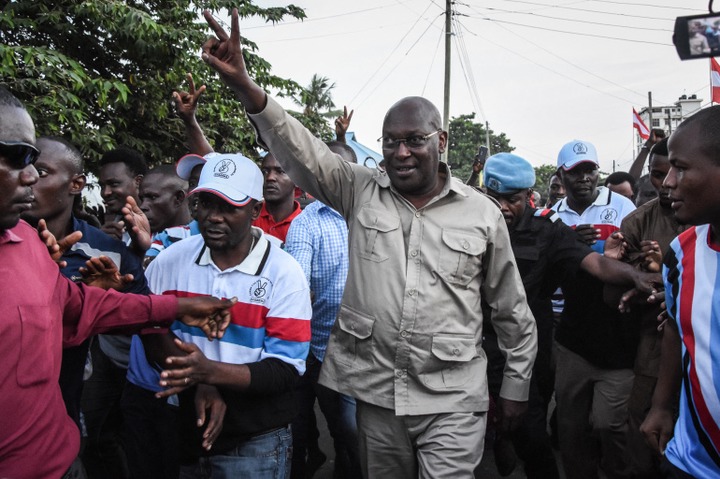 The party chairman to the opposition party of Chama Cha Democrasia na Maendeleo (CHADEMA) was on Wednesday 20th of July arrested for holding a constitutional reform conference in Mwanza Province by the police according to the former opposition presidential candidate Tundu Lissu.

To what they termed as violation of basic democratic rights and mistreatment by President Samia Suluhu regime, the party has today reported that their chairman Freeman Mbowe will be implicated in terrorism charges and will be consequently held in one of the prisons in Dare Salaam. 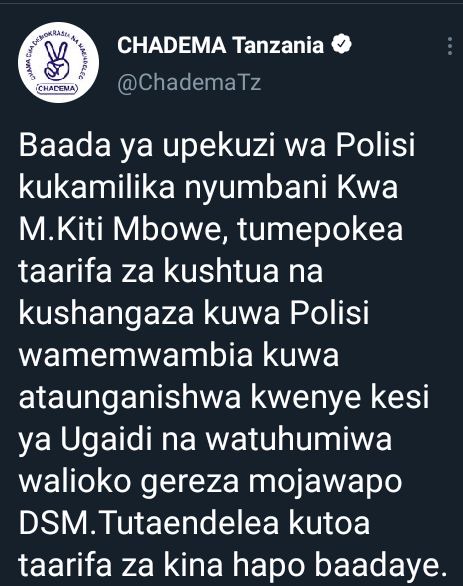 The party through Twitter claimed that after an investigation conducted by the police at Freeman Mbowe residential place, they haver received an astonishing news that their party chairman will be charged with terrorism. The party vowed to keep members of the public with more information regarding the matter.

It is however important to note that during the late John Pombe Magufuli regime, Tanzania was characterized by political suppression mainly the opposition. As a result of this, chief Opposition Leader Tundu Lissu fled into exile in Belgium and later returned upon Magufulis death. President Samia Suluhu is seemingly following the footsteps of her predicessor.

Sonko Foretells The Worst Thing Set To Happen To Azimio

Ruto Shown Dust In The Latest Opinion Conducted In Nakuru By KTN News Ahead Of August, See Results

'' You Will Regret After August 9th polls, Betrayal Is a Nasty Thing'' Olekina Tells Azimio