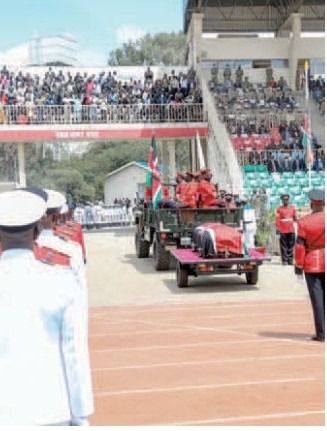 The funeral of the late president Mwai Kibaki who died last month was attended by foreign dignitaries and local leaders in Nyayo stadium and Othaya.

Kibaki just like any other retired president was accorded a State burial with all the military honours as the fallen commander in chief of the armed forces full with 19 gun salute.

Nevertheless, with all the fanfare which accompanied his send-off, kenyans didn't know that it costed them an arm and a leg.

Revelations yesterday in Parliament showed that the tax Payers shouldered the burial expenditures to the tune of KSH 280 millions.

According Treasury's report on supplementary budget tabled by leader of majority in the national assembly Amos Kimunya, the money was released on April 25 immediately kibaki died to cater for unforseen expenses.

The former head of state died on April 22 aged 90 and was buried on April 30 in his home village of Othaya, Nyeri county.

The report further showed that the government has so far spent KSH 24 billion for emergency including fertilizer and fuel subsidies.

Another KSH 600 million was spent on the just concluded Africities conference held in Kisumu.

The government is at the same time seeking Parliamentary approval to spend KSH 39 billion on reorganization of government ministries. 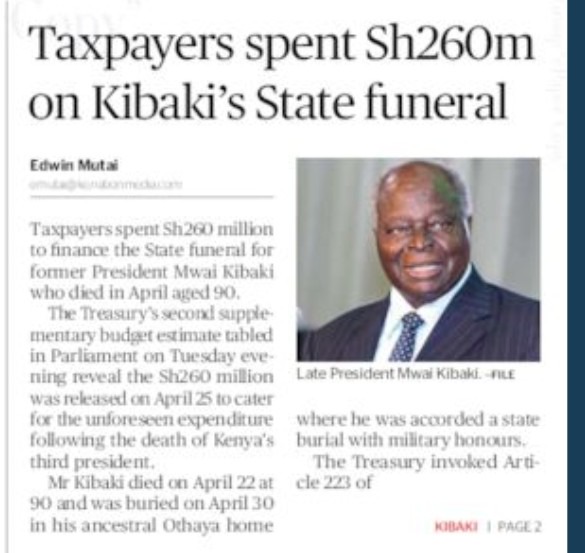 My Daughter Fancy Makadia Was Accused Of Being Illuminati, Akothe Comes Out Talking About Her