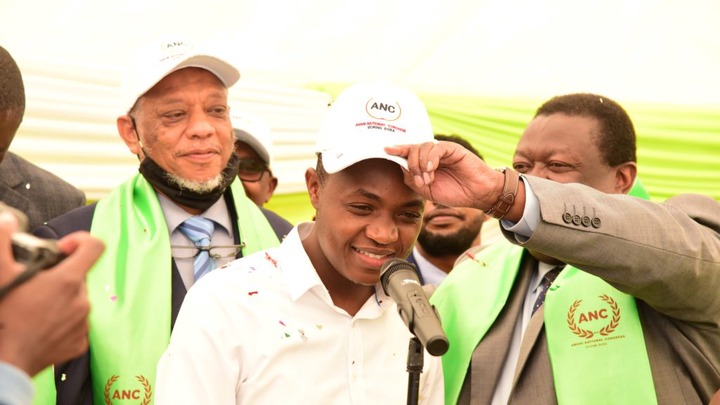 The newly appointed Amani National Congress Secretary General Simon Kamau Gikuto has dismissed Deputy President William Ruto's presidential ambitions arguing that he has since betrayed Kenyans, and should not look for any elective position in 2022 and beyond.

Speaking on TV 47 on Monday evening, Gikuro argued that it was unfortunate for Ruto to point out the failures of the Jubilee administration, when he was still serving as the second in command to the same government.

He urged the DP to apologize to Kenyans and resign on claims that he had abandoned the duties they assigned him in 2017, of supporting his boss President Uhuru Kenyatta.

"We have seen in National Television, the sitting DP stating that his government had failed Kenyans. If DP Ruto wants to go down the history as a Statesman, let him own up to the failures of the Jubilee administration and resign. On that statement that the government has failed in its duties, the DP should not look for any elective position in this country going forward," said Gikuro.

Commenting on the Kumi Yangu Kumi Yangu'' promise, Gikuro stated that it was a political rhetoric, and it will never take place. 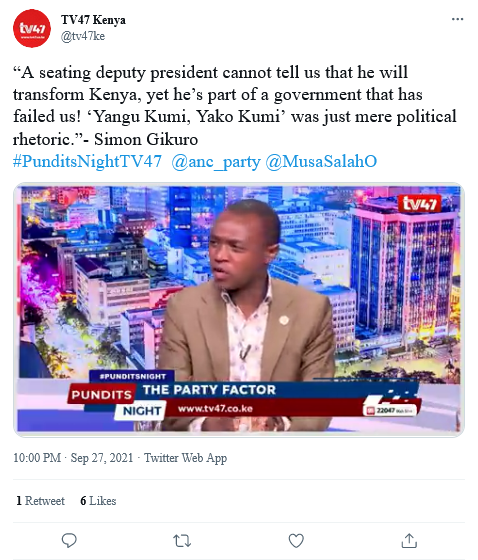 Govt to Shut Down Hundreds of Driving Schools Countrywide

How William Ruto Plans To Splash Out Big Money For Empowerment

Sex Workers Over The Moon As Deputy President William Ruto Comes To Their Rescue.