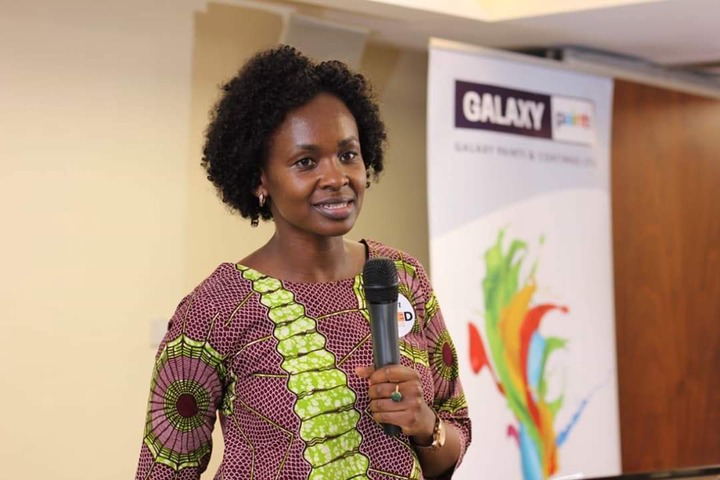 Political leaders from the Wiper Party are still defending the party's loss in the last week Thursday's Nguu/Masumba Ward by-elections where its candidate was defeated by an independent contender and Deputy President William Ruto's candidate.

Speaking on Citizen TV, Kasanga claimed that the party was going to take a stern action against the party members she termed 'moles' and who are the main cause of the loss, adding that they are ready to clean up their house ahead of the 2022 general elections. 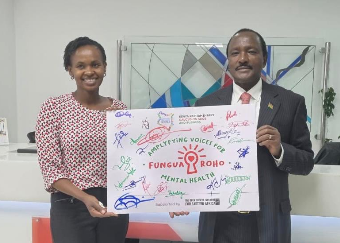 "Wiper was infiltrated by UDA, governor Mutua, moles were everywhere and people were paid. Even in the nominations our party was infiltrated. We are happy that this happened as we now know the moles and we are going to weed them out. We want to assure anyone coming for a Wiper party ticket that there will be free and fair nominations," said Kasanga.

She further dismissed claims that the party's defeat in the by-election signifies Kalonzo Musyoka's declining popularity, arguing that a number of rival candidates have won in different other party strongholds. 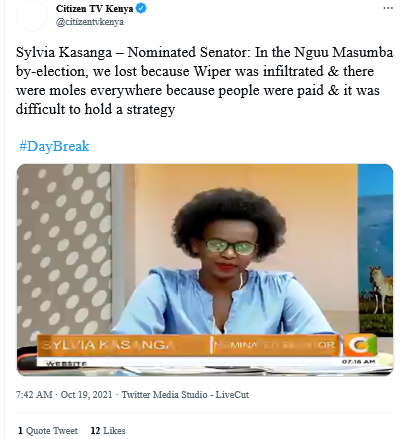