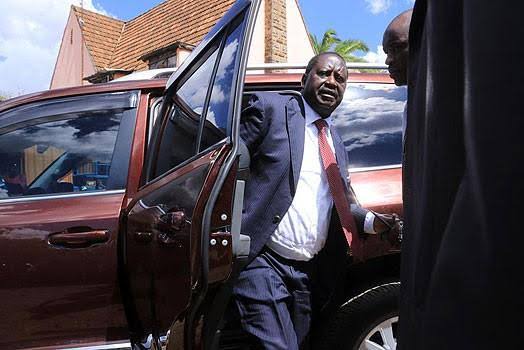 It has emerged that a top Member of Parliament was locked out of a top event graced by the Orange Democratic Movement ODM party leader Raila Amollo Odinga.

It is not known why the western Kenya legislator was frustrated to the level of being denied the chance to meet the former Prime Minister during a top event in the Western Kenya region.

The handshake partner of president Uhuru Kenyatta was being hosted by the Member of Parliament's area governor and close allies of the governor are said to have been incharge of the event's programme.

There are allegations that the allies of the county chief could have been given instructions to lock out the Member of Parliament by ensuring that they are smarter than him.

"The governor ensured they were one step ahead of the MP, who for lack of information on the itinerary lacked the opportunity to share a podium with the former PM."part of the Star newspaper reports.

The unfortunate thing is that the Member of Parliament arrived late for the meeting and also missed Lunch with Raila Amollo Odinga which made him curse the governor and his team for the humiliation.