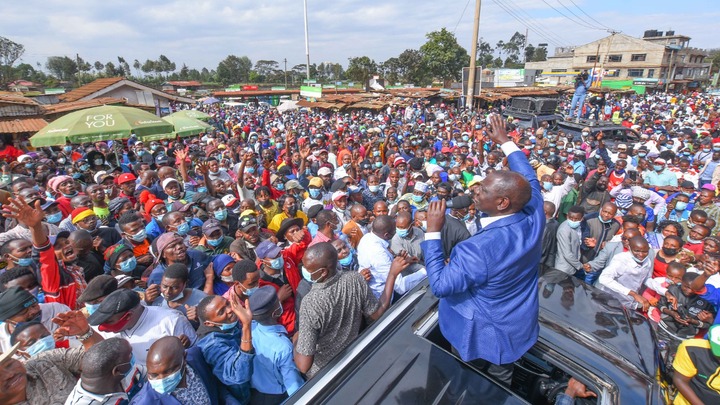 Days after one of Deputy President William Ruto's convey allegedly knocked down a man in Kiambu as the DP was heading back to the city from a church service and campaign trail in the county. Tangatanga spokes person Demnnis Itumbi has weighed in on the incident. 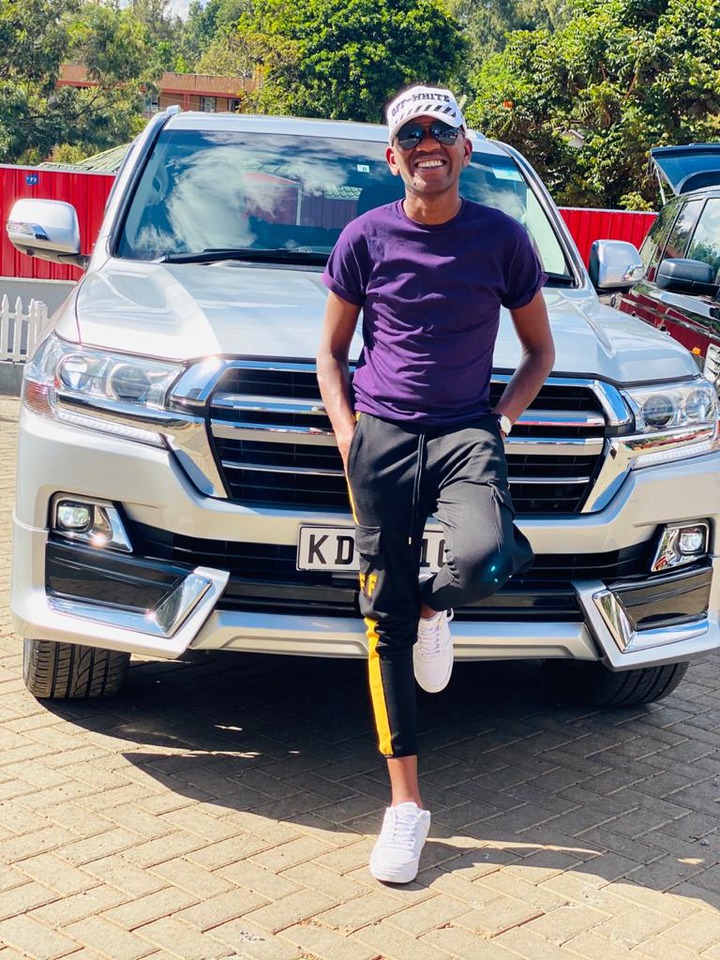 While alerting Twitter, Itumbi wondered why a whole politician with a verified account, could speculate fake news claiming the man was knocked down and died.

He called on Twitter to take action against his account, which he claimed is used for spreading fake news. 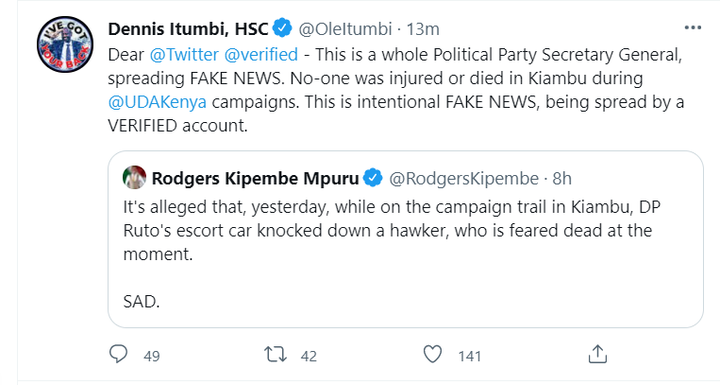 This was after Kipembe reported that the man was knocked down and died on the spot. However, while responding to the news on Sunday evening, Itumbi had laughed off the claims, saying the man was accidentally brushed off by one of the cars but immediately woke up and walked awa.

He claimed the man never got any injuries and is fairing on well. 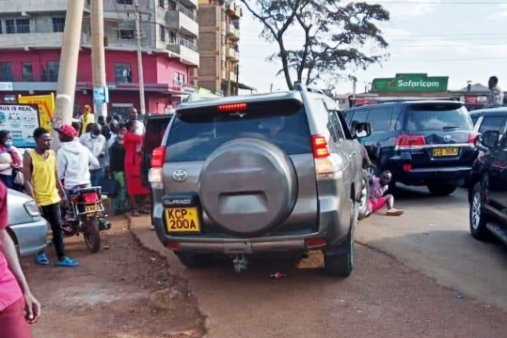